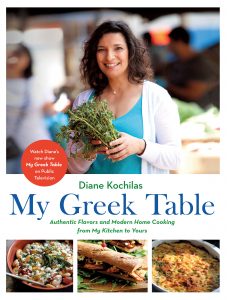 For an expat like me, homecomings and farewells are part of the bargain of loving two countries: Greece and the United States. New York, Athens, and the Blue Zone Greek island of Ikaria triangulate my existence, and until this past March with COVID-19, I moved fluidly between them. My back-and-forth sojourns have been so frequent these past many years that I’ve been flying as easily as one takes the bus.

From the extreme calmness of Ikaria, where my familial roots are, to the frenzy of New York, where I grew up, and the ancient-modern vibrant city of Athens, my home for thirty years, my life moved along just fine. I had the art of traveling down to an art form with all I needed nestled into one eight-pound carry-on. Then, of course, the world turned upside down.

These past four months, I spent holed up in an apartment in Jackson Heights, Queens, one of the worlds Covid-19 hotspots. My adult children were with me, one finishing up his college semester online and the other finishing up a series of painting commissions that brought her to New York for an extended stay. We landed back in Athens after a long but ultimately easy journey through three cities, tested negative by the uber-organized Greek authorities, and are now back home rejiggering our lives to the Greek reality.

And what a sweet reality it is! Sunshine and a relaxed, relieved vibe proved to be a much welcomed antidote to the intensity of the Big Apple. Athens is just returning to some sort of normalcy. New tourism guidelines are announced daily as the country tries to salvage its lifeline and summer.

But beyond all the virus-related news, coming back to Greece was a return to many of the things I have loved about this country since I first stepped foot here almost half a century ago. It is those things that I have strived to share with Americans, in cookbooks and in My Greek Table, my travel-cooking show and personal love song to Greece, now in its third season on public television.

Once our mandatory self-quarantine was over, my first outing was to the local farmers market. Just to see and smell everything that is in season and it lightened my heart: small piles of silky fresh grape leaves, blushing apricots and tiny strawberries with a big aroma, among them. I plucked up a handful of season-specific horta (greens), called almyra, which means salty because they grow close to the sea. I cooked the seasons first stuffed peppers and tomatoes, filling them with rice and a mountain of fresh herbs, mainly wild fennel, which is an arbiter of the Greek spring. Weve been dining al fresco on the balcony every evening, a uniquely Athenian and Greek thing to do. It feels good to be back.

The Greece I love is in the markets, for sure, and it is that Greece, visible via its fresh, vibrant food, that I try to serve up in every episode of My Greek Table. This season took us way beyond Athens, with a focus on the islands and the coasts. Every island has its own culinary claim to fame.

In Mykonos, onion pie and pungent, soft cheese are local delicacies; in Tinos, a marble sculptor led me to Nicoletta, a well-known local cook who taught me how to make an ancient sesame confection and equally old sweet cheese cakes, among other things;  Chios brought us to mastiha trees, from which a cure-all resinous spice by the same name is culled, and to a distiller whose fiery brew is made with figs; Messinian olive oil, more figs and great pork are two things we found in the southern Peloponnese; in Evia it was mushrooms; and a whole world of Venetian-influenced delicacies gave flavor the the Ionian Islands unique history, unlike that of any other part of Greece.

The Greece I love is alive and well. Sunshine and that relaxed vibe are two great reasons to visit, but to me the best reason to travel to this ancient land is its food. Every bite is a delicious taste of history.

Order My Greek Table from Amazon and bring Diane and Greece into your home!

The post Coming Home to Greece with Diane Kochilas appeared first on We Said Go Travel.