Entrepreneurs need to convince employers to turn to edtech for a solution more elusive than even education: motivation.
techcrunch - 3 hours ago

We caught up with the Dapper Labs CEO at TechCrunch Disrupt 2021 last week to discuss the challenges facing the crypto space, the future of Ethereum, and how quickly NFTs blew up this year.
techcrunch - 4 hours ago

Continuing research by Stanford and Apple from the 2017 Apple Heart Study, which managed to enrol over 400,000 participants and became one of the largest studies of its kind ever performed, has shown that the Apple Watch is capable of detecting other types of arrhythmic heart beat irregularities in addition to atrial fibrillation (AFib). Apple […]
techcrunch - 6 hours ago

Which form of venture debt should your startup go for?

Given the surplus of liquidity, entrepreneurs have access to more funding options than ever. Venture banks, venture debt funds and venture capitalists are jockeying to prove their money is greener.
techcrunch - 7 hours ago

The NFT world collectively seems to be trying to turn internet memories into one big game — with a lot of cash involved of course. The original “Doge” image sold for $4 million back in June, the original “Pepe” comic image sold for $1 million in April, in short, people are becoming meme millionaires. Buying […]
techcrunch - 7 hours ago

Microsoft wasn't just indulging in wishful thinking when it said it wanted more third-party app stores in Windows 11's portal. Amazon's Appstore and the Epic Games Store are among those coming on.
techcrunch - 7 hours ago

Amazon today announced a new subscription service called “Alexa Together,” designed for families with aging family members who are still living independently, but who may need extra support. The $19.99 per month subscription expands on Amazon’s existing product, Alexa Care Hub, an earlier investment in elder care, by taking many of Care Hub’s features and […]
techcrunch - 9 hours ago

Amazon is introducing two new services tied to user health and fitness, and its Halo personal health devices. They include Halo Fitness, a new service for interactive home video workouts that looks a lot like Apple Fitness+, and Halo Nutrition, a personalized, guided meal planner. Both of these services will be included as part of […]
techcrunch - 9 hours ago

Ring’s home security drone is now available in the U.S. via invite only

Last year, Ring announced at futuristic (slightly dystopian?) take on in-home security with its Always Home Cam, a drone equipped with sensors and a camera that can navigate the interior of your home along custom paths laid out by a user, in response to triggers including Ring Alarm sensors, or a manual command from the […]
techcrunch - 9 hours ago

Heydoc, a system for managing the medical data and admin tasks in medical practitioners, has closed a $8.3m Series A round led by Smedvig Capital with existing investors Hambro Perks, Triple Point Ventures and InHealth Ventures also participating. This brings the total amount raised to date by Heydoc to $12m.    Heydoc mainly operates in the UK but plans to expand internationally. It competes mostly with […]
techcrunch - 9 hours ago

Amazon takes on Fitbit with the $80 Halo View

A year after launching its original exercise band, Halo, Amazon just dropped the follow up, Halo View. The company’s not quite ready to go full bore into the smartwatch category just yet, but it clearly has the Google-owned Fitbit brand directly in its sights with the newly announced Halo View. The device doesn’t quite challenge […]
techcrunch - 10 hours ago

When you speak to an Amazon Echo device, so far in its history, Alexa would connect to the internet to process requests and deliver a response. Of course, this has sparked concerns among some consumers, since it might feel worrisome to have a Wi-Fi-connected smart device listening for you to say a wake word at […]
techcrunch - 10 hours ago

Amazon, for the first time, is making another voice assistant available on Echo devices. The company at its fall event today announced a new voice assistant, “Hey, Disney,” developed by Disney and built on top of Alexa technology. The assistant will have its own unique voice and over 1,000 custom interactions for fans to explore, […]
techcrunch - 10 hours ago

Alexa’s new features will let users personalize the A.I. to their own needs

Amazon is preparing to roll out a trio of new features that will allow consumers to further personalize their Alexa experience by helping train the Alexa A.I. using simple tools. In a few months’ time, consumers will be able to teach Alexa to do things like identifying specific sounds in their household, such as a […]
techcrunch - 10 hours ago

Amazon kicked off its big hardware event today by announce a new smart. The company worked with Honeywell to create the device, but is keeping its own branding on the product (rather than, say, Ring, Blink or any of the other smart home companies it owns). The device runs $60, though the company notes that […]
techcrunch - 10 hours ago

Two years ago, Notion partnered with dozens of accelerators and incubators to provide free credits for its work collaboration platform to their portfolio startups. The firm is now aggressively making the program open to all startups. Notion is launching a new startup program Tuesday to offer a credit of at least $500 to any startup […]
techcrunch - 10 hours ago

Tick-tock, folks! Our TC Sessions: SaaS 2021 countdown clock says only four days remain before the early bird flies away with $100 clutched in its tight little beak. If you want to take part in our global SaaS conference on October 27 — and save $100 while you’re at it — purchase your early-bird pass […]
techcrunch - 10 hours ago

Meet Fairmat, a new French startup that wants to improve the recycling process for sophisticated composite materials. The company wants to produce new kinds of materials from material waste and sell them to industrial companies. Fairmat just raised a $10 million funding round (€8.6 million) led by Singular. Various business angels also participated in the […]
techcrunch - 10 hours ago

Guardian owner invests in Unlock, an NFT protocol designed for subscriptions and memberships

Monetization for the creator economy continues to be a huge issue and opportunity, but creators mostly have to lock themselves into platforms like Patreon to realize their value. A better method would be to have a membership system for creators which sat across several platforms. Now, GMG Ventures (parent company of The Guardian newspaper) has […]
techcrunch - 10 hours ago

Genomic data is considered to be the key to unlocking so-called ‘precision medicine’. Some estimates suggest that by 2025, 500 million human genomes will have been sequenced, but only a fraction of it is being utilized for drug discovery and precision medicine. One of the key startups to emerge in the space is Lifebit, which […]
techcrunch - 11 hours ago
LOAD MORE TECH

How an AI entrepreneur deals with dirty real-world data 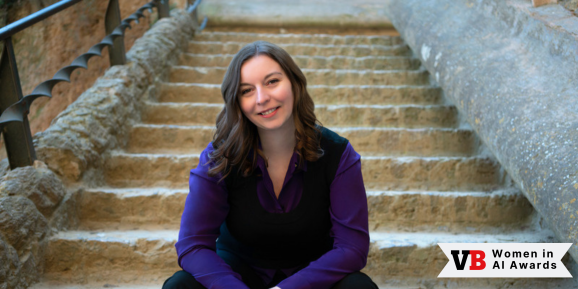 All the sessions from Transform 2021 are available on-demand now. Watch now. Women in the AI field are making research breakthroughs, spearheading vital ethical discussions, and inspiring the next generation of AI professionals. We created the VentureBeat Women in AI Awards to emphasize the importance of their voices, work, and experience, and to s…Read More

Amazon Astro could be the first mainstream robot assistant Ever since Amazon introduced Alexa to the world and invested heavily in its personal assistant AI, it seemed we all knew where the company was eventually heading: personal robots. That moment has finally arrived. The company today announced Astro, its oft-rumored home robot. Although it’s pricey at an initial cost of $999.99, it has the potential of being the first real mainstream home assistant robot (as opposed to, say, a robot vacuum). Astro has a bit of a unique design, with two big wheels and a moving monitor that served as a ‘head.’ I’m not gonna lie, it’s kind of…This story continues at The Next WebOr just read more coverage about: Amazon

Huawei Case Raises Fears of 'Hostage Diplomacy' by China Critics of the Justice Department deal to free Huawei executive Meng Wanzhou say it could blunt tools like sanctions and prosecutions.

U.S. Reaches Agreement to Release Huawei's Meng Wanzhou China reciprocated within hours, freeing two Canadians, a notable resolution in a relationship that has been spiraling downward.

VC Peter Relan helped launched Discord; now he’s “brewing” up two new incubators Peter Relan is not exactly a household name, but he has seen a lot over the course of his career and enjoyed a fair amount of success. A Stanford grad who logged time at Hewlett Packard and Oracle before becoming the CTO of the ill-fated, bubble-era company Webvan, Relan has, in more recent years, become […]

TechCrunch+ roundup: creative capital, live-shopping strategy, new name + logo Extra Crunch is now TechCrunch+. In addition to updating our name and logo, we’re offering military, student and government membership discounts and have expanded access to new regions. Also, Extra Crunch Live, our weekly video series with investors and founders, is now TechCrunch Live — and you don’t need to be a member to join […]

Researchers use AI to determine which animal diseases will infect humans next Did you know Neural is taking the stage on Sept 30 and Oct 1? Together with an amazing line-up of experts, we will explore the future of AI during TNW Conference 2021. Secure your ticket now! A team of researchers from the University of Glasgow in the UK have created an AI-powered system for identifying which diseases will make the leap from the animal kingdom to causing human infections. This could go a long way towards preparing us for the next pandemic. COVID-19 and dozens of other viruses that affect humans have been traced back to animal diseases. Such illnesses are called…This story continues at The Next Web

Amazon’s Astro Is a Robot Without a Cause It's the company's first foray into mobile robots for your home, and likely not the last.

A developer’s guide to machine learning security Adversarial attacks are different from other threats programmers face, so they need to understand the weak spots in machine learning.

The new era of education is high-tech and high-touch As we return to school this fall, we can blend the best of technology with the best of the classroom experience.

Amazon announces Astro, a home robot that it swears is more than Alexa on wheels. Astro has a large screen and cameras attached to a wheeled base that can navigate a home. It was part of the company’s annual devices event, where Amazon unveiled an array of product.

AI study suggests a London gallery’s been exhibiting a fake for years Did you know Neural is taking the stage on Sept 30 and Oct 1? Together with an amazing line-up of experts, we will explore the future of AI during TNW Conference 2021. Secure your ticket now! Samson and Delilah is among the most famous works by Peter Paul Rubens, one of the most influential artists of the 17th century. The painting depicts an Old Testament story in which the warrior Samson is betrayed by his lover Delilah. When London’s National Gallery bought the masterpiece in 1980, it became the third most expensive artwork ever purchased at auction. But the buyers…This story continues at The Next Web

the next web - 6 hours ago
LOAD MORE TECH