The PSG was again questioned over his future following their defeat to Manchester City - and United fans will quite like what he had to say The post Mauricio Pochettino signs Man Utd shirt and drops major new cryptic tease over Red Devils vacancy appeared first on TEAMtalk.
team talk - 8 months ago

‘Proud of the guys’ – Swansea boss hails performance against Barnsley

After a recent slump in form, Swansea manager Russell Martin applauds his side's reaction against an unpredictable Barnsley side The post ‘Proud of the guys’ – Swansea boss hails performance against Barnsley appeared first on TEAMtalk.
team talk - 8 months ago

The boss pinpointed so much that was right with his side's display and hailed a few fringe stars. The post ‘Wow’; Klopp buzzing with Liverpool star and defends left-field selection appeared first on TEAMtalk.
team talk - 8 months ago

As Borussia Dortmund drop into the Europa League, could Erling Haaland be on the move in January?

“Different class” Amid Manchester City’s win over PSG, fans single out one player for praise

Manchester City defeat PSG to win the groupManchester City hosted PSG at the Etihad safe in the knowledge that a win would see them qualify from their group as winners ahead of the French outfit.However, PSH were given the lead early in the second half, with Kylian Mbappe scoring on his 50th Champions League appearance, […]
101 great goals - 8 months ago

Liverpool cruise to another winLiverpool romped their way to another win in the Champions League courtesy of a 2-0 victory over FC Porto at Anfield.Thiago gave the hosts the lead midway through the second half with a mind-boggling strike from 25 yards out, with the ball remaining just above the ground for the entire strike. […]
101 great goals - 8 months ago

Mbappe brings up his 50th Champions League gameParis Saint Germain travelled to the Etihad to take on Manchester City in the knowledge that a win would take them through to the knockout rounds of the Champions League, while the hosts needed just a point to progress.The inclusion of Kylian Mbappe, despite a suspected injury, was […]
101 great goals - 8 months ago

Wayne Rooney reveals stance on Derby star ahead of January

The post Wayne Rooney reveals stance on Derby star ahead of January appeared first on TEAMtalk.
team talk - 8 months ago

Pedro Goncalves on fireIn the shock of the evening so far, Borussia Dortmund are 2-0 down at the hands of Sporting CP and are heading into the Europa League.The key instigator for the Portuguese outfit is one-time Wolves man Pedro Goncalves, who has scored both goals for the home side. Goncalves could not make his […]
101 great goals - 8 months ago

Erling Haaland maybe sidelined through injury, but his agent has been probed about where his long-term future may lie. The post Mino Raiola in huge hint over preferred destination for Erling Haaland appeared first on TEAMtalk.
team talk - 8 months ago

Has he got a future in management?
metro - 8 months ago

AFCON calling imminentlyNow in November, Arsenal are one month and two days away from their African stars departing for the African Cup of Nations, which they are due to do on Boxing day.For the Gunners, this will see them lose both Nicolas Pepe and Pierre-Emerick Aubameyang from their forward line.It is in midfield, however, that […]
101 great goals - 8 months ago

Falling down the pecking order, West Brom boss signals it's time for one player to depart as the January transfer window approaches The post Ismael gives West Brom forward green light to leave ahead of January appeared first on TEAMtalk.
team talk - 8 months ago

“We are all working hard and want to get back into Europe, because Fiorentina haven’t played in Europe for many years." The post Priority Tottenham target ignores Arsenal calls, but rules out January exit appeared first on TEAMtalk.
team talk - 8 months ago

Foden missing for crucial group stage clashThe top spot in Group A is up for grabs tonight in the Champions League as Premier League holders Manchester City host French giants Paris Saint-Germain at the Etihad Stadium with just a single point separating the two star-studded sides, but Pep Guardiola will be without the services of […]
101 great goals - 8 months ago

Haller scores againShunned at West Ham following a 45 million pound move from Eintracht Frankfurt, French striker Sebastien Haller has found a new lease of life with Erik Ten Hag at Ajax.The forward joined the Amsterdam outfit in the January of 2020 but was accidentally left off the squad registration for European football, meaning that […]
101 great goals - 8 months ago

The Red Devils are eyeing a new permanent manager and the Foxes chief has opened up on his prospects. The post Rodgers hands down Man Utd verdict as Leicester stars react to rumours appeared first on TEAMtalk.
team talk - 8 months ago
LOAD MORE SPORT

Liverpool manager Jurgen Klopp was full of praise for the way his side beat Porto 2-0 and stressed that all his players were selected on merit.

The Reds made it five wins from five in Europes top club competition. Following a goalless first half, Thiago Alcantara and Mohamed Salah found the net to give the hosts a comfortable victory. Spain midfielder Thiago lit up Anfield with a stunning 25-yard strike on 52 minutes.

And Salah put the gloss on the display with 20 minutes left on the clock. The result means the Merseysiders have a maximum 15 points from their five games and are 10 points clear of second-placed Porto.

It was not a vintage Liverpool display and the visitors played their part. Klopp was happy with the result and made it clear his men were always looking for the three points.

It was good, we could have done better and been more calm in the first half but we were a bit hectic. That is not unusual when you put a team out that has not played together a lot, he told BT Sport.

Some people think we might play an easy game but we were not here for that, Anfield is sold out so we want to go (for it).

And the German felt there were so many positives outside of the result.

Thiago’s goal, wow! It is so important, so many good things happened tonight, players got minutes, rhythm, confidence, nobody got hurt, our head of rehab said give James Milner 15 minutes and he got 12 or 13, he added.

Jordan Henderson played, Andrew Robertson came on and the right players could get rested like Trent Alexander-Arnold, who should not play all the time.

Liverpool had already qualified for the knockout stage ahead of the match. It always seemed as though the manager would rest a few players and experiment with some youngsters.

That is what happened as 20-year-old Neco Williams and 19-year-old Tyler Morton were given the nod. Klopp praised the duo and was quick to point out that he would never select anyone who was underprepared. 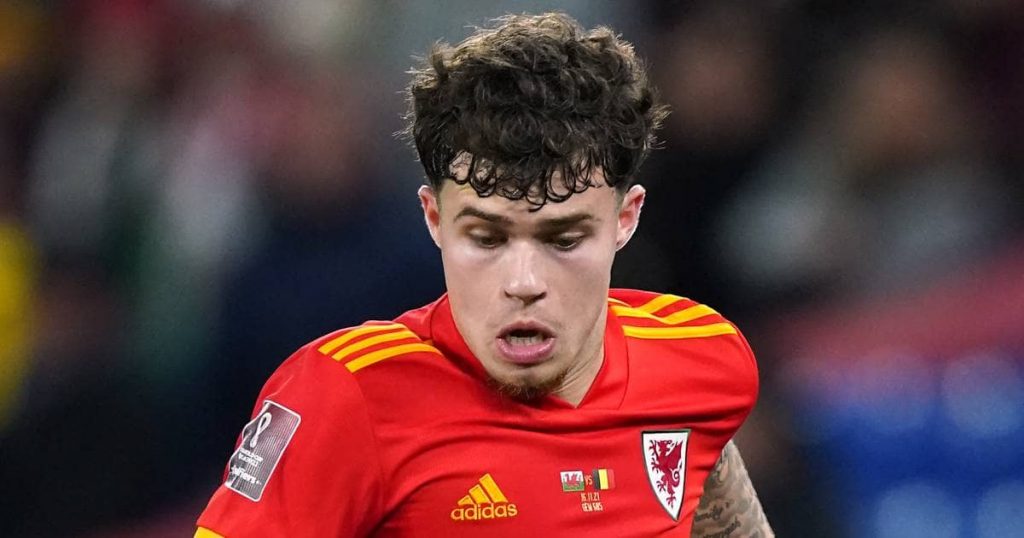 If you are in our squad, you are good football player. I have been in the business long enough not to throw players in who are not ready, he continued.

Neco Williams can play, people might be surprised with Tyler Morton but he did exceptionally well. He is a good player and really pleased for him that he put a performance in like this.

Frenkie de Jong lights up Barcelona friendly to send Man Utd transfer message De Jong has been the subject of interest from Manchester United all summer, but has refused to join the Premier League giants as he looks to stay with Barcelona

Sean Lazzerini leads Scotland’s surge with light-heavyweight boxing gold Lazzerini overcomes Wales’ Taylor Bevan in close finalSam Hickey wins split decision for middleweight goldAs Sean Lazzerini fought his way into a Commonwealth Games final on Saturday afternoon, the biggest day of his budding career so far, he approached the moment with unrelenting confidence: “I’m on fire,” he said. “And everyone is getting it.”A day later, as he stared down Taylor Bevan of Wales to win the men’s light heavyweight final, he lived those words to the full. In a close and competitive battle the intelligent Lazzerini used every ounce of his experience to edge past the highly rated Bevan, pulling off a small upset as he was crowned Commonwealth Games champion. Continue reading...

the guardian - 53 minutes ago

Kareem Hunt landing spots: Bills, 49ers among best fits for Browns RB after trade request The Browns denied Hunt's trade request but if they reverse course, plenty of teams could have an interest in his services.

Barcelona confirm Frenkie de Jong \"has offers\" amid Man Utd transfer interest De Jong is Manchester United's top target but the midfielder is refusing to leave Barcelona for the Premier League side, though the La Liga giants are keen to sell him

Why did Kareem Hunt request a trade? New contract at root of Browns RB's demand Hunt becomes the latest Browns player to request a trade, but the team doesn't seem willing to move him.