Konate, who is currently with France preparing for the Under-21 European Championships, will officially join on July 1. The post Liverpool told how Ibrahima Konate could give them unexpected bonus appeared first on TEAMtalk.
team talk - 32 minutes ago

Brendan Rodgers feels Tuesdays victory over Manchester United means they have one foot in the Champions League and can now focus on the FA Cup final.

The Foxes pulled off a 2-1 triumph at Old Trafford thanks to goals by Luke Thomas and Caglar Soyuncu. Thomas opened the scoring with a superb strike on 10 minutes but Mason Greenwood levelled affairs five minutes later. It remained 1-1 at half-time but the visitors dominated after the interval.

It was no surprise when Turkey international Soyuncu bagged the winner on 66 minutes. The result means the East Midlanders are third in the standings and eight points clear of fifth-placed West Ham United.

Having missed out on the top four last season when fading badly, Rodgers has galvanized his side this term. And the Northern Irishman could not contain his pride at the way his charges performed at the Theatre of Dreams.

It was a huge step [towards the Champions League], he told BT Sport. I am so proud of the team. We started well and Luke scored an amazing goal.

Once we scored we went sloppy and gave the ball away too easily which encouraged them. In the second half we were much better and restricted them.

Leicesters amazing Premier League title win in 2015-2016 will live long in the memory. Many pundits felt it was a one-off, with the King Power Stadium outfit set to revert to a mid-table team.

But they are back among the elite and can pick up silverware at Wembley this weekend. And Rodgers believes beating Ole Gunnar Solskjaers side will help them in their quest for a first FA Cup title.

The players have definitely overachieved with all the big teams around, he added. Now we can really enjoy the final at the weekend.

Leicesters victory handed the Premier League crown to Manchester City. The Citizens sit 10 points clear at the top of the table with just three games remaining.

It is a fifth Premier League triumph for the Etihad outfit and Rodgers feels they are worthy winners.

Congratulations to Pep and his team, he continued. They are a wonderful team. They are in the Champions League final, they are champions in England and they clearly deserved it. 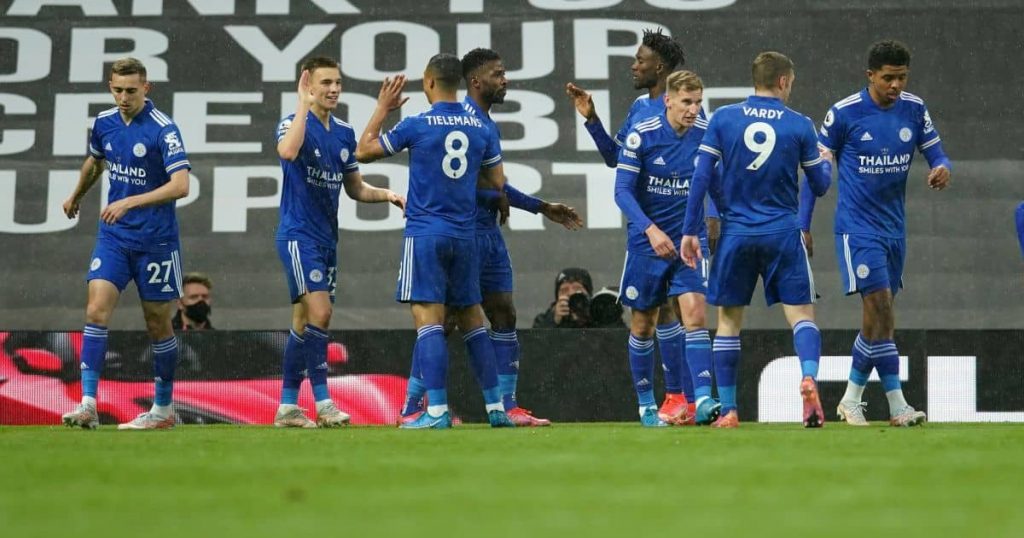 Leicester take on Chelsea in the FA Cup final. They then face the Blues once more in the league before the visit of Tottenham brings down the curtain on their campaign.