Toni Kroos fired back at Chelsea midfielder Mason Mount with a double-edged message after the Blues advanced to the Champions League final at Real Madrid’s expense.

Chelsea teed up an all-English Champions League final for just the third time in the competition’s history on Wednesday night. The two-legged victory over the supremely experienced Real Madrid was fully justified after outclassing the Spanish side from first minute to last.

The Blues were handed greater incentive when Kroos stoked the Chelsea fires pre-match. Somewhat surprisingly, the experienced German revealed he did not fear coming to Chelsea.

The seasoned Germany star also insisted he did not lose sleep over facing any opposition player and he wasnt going to start before Chelsea.

Mount responded after dumping Real out, and appeared to take exception to Kroos’ comments.

In his post-match interview with CBS Sports, Mount said: I saw one of their players say before that he doesnt lose sleep over individuals.

But as a team, they need to lose sleep over us as a team. We give so much, we defend for our lives.”

Not content to allow Mount to have the last laugh, Kroos has taken to Twitter to deliver his response.

Kroos congratulated his fellow midfielder on Chelsea’s achievement, but delivered a pointed barb when emphasising this will be Mount’s first showpiece occasion.

The veteran German has four Champions League titles to his name, emerging victorious in each of his last four finals with Bayern Munich and Real Madrid. 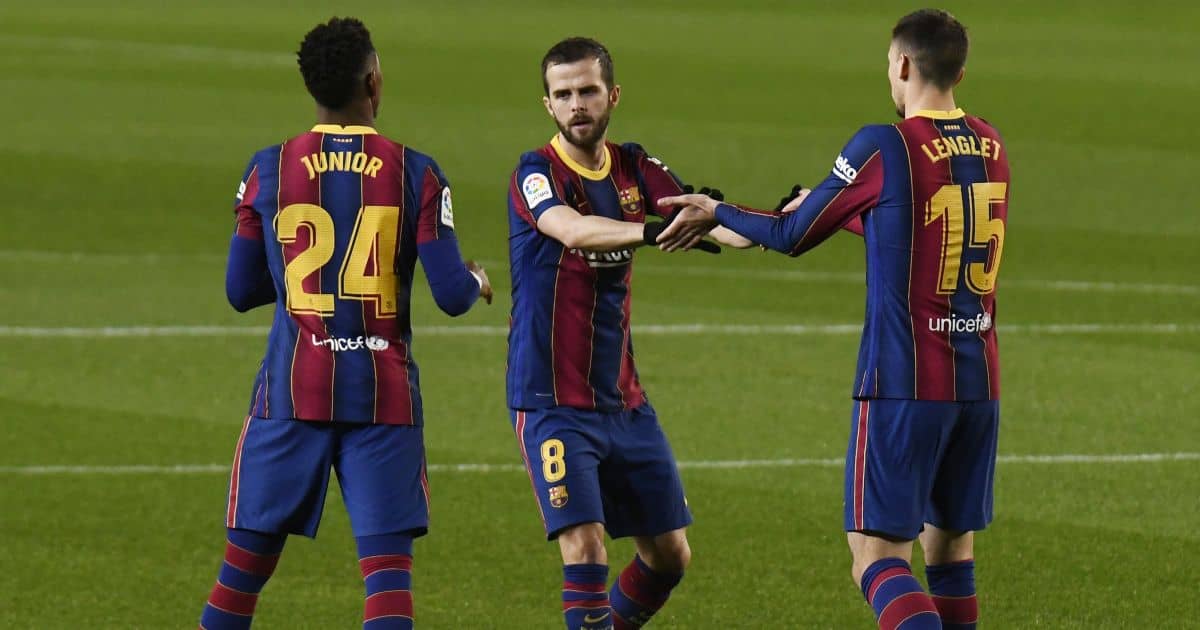 Meanwhile, Miralem Pjanic is firmly on Chelseas radar for a summer transfer after falling down the pecking order at Barcelona, according to a report.

Pjanic joined Barcelona from Juventus in a swap deal with Arthur Melo last summer. However, the Bosnian has struggled to make a significant impression at Camp Nou. Just six of his 17 La Liga appearances so far have been as a starter.

Hence, there have already been rumours that he could depart just one year into his contract, which should last until 2024.

According to Diario Sport, the Blues were also keen last summer and have now asked for information about his current situation.

Having reached the Champions League final, Chelsea have newfound appeal under Thomas Tuchel. They should be able to attract even more top players after their spending spree last summer.

Pjanic would add further experience and creativity to their midfield. Therefore, they are trying to find out whether he would be worth signing.

Barcelona are in a tricky situation, as they paid 60m for him and know they cant get it back. Hence, it may be more likely for Pjanic to make the move on loan at first.