Time just might be up for Nuno Espirito Santo at Wolves and his agent Jorge Mendes has a sensational plan up his sleeve The post Mendes plotting sensational cross-Midlands switch for Wolves boss Espirito Santo appeared first on TEAMtalk.
team talk - 10 minutes ago

The Netherlands manager has again spoken up about the chances of the Liverpool star playing a part at Euro 2020 The post Netherlands boss De Boer risks further Klopp wrath with Van Dijk teaser appeared first on TEAMtalk.
team talk - 15 minutes ago

Hartlepool's Rhys Oates did his finest Lionel Messi impression during their 4-2 defeat against Maidenhead United in the National League. The post 19 things we loved this wkend: Sancho, Pogba, Tuchel, Lewandowski – PF appeared first on TEAMtalk.
planet football - 21 minutes ago

There's a growing belief around Old Trafford that Fernandes will commit to a new deal - but first he reportedly wants two players signed The post Bruno Fernandes urges Man Utd to sign duo before he commits to new deal appeared first on TEAMtalk.
team talk - 24 minutes ago

A new suitor has emerged in the hunt for on-loan Arsenal midfielder Matteo Guendouzi, according to reports in France.Hertha stintGuendouzi was of course granted permission to depart Arsenal last summer.This came with the Frenchman having been frozen out by Mikel Arteta, after being accused of taunting Brighton’s stars over finances during a defeat at the Amex back […]
101 great goals - 15 hours ago
LOAD MORE SPORT

Norwich City have announced that midfielders Alex Tettey and Mario Vrancic will be leaving the club at the end of the season.

The duo will fall out of contract this summer and have not been offered new terms by the Premier League-bound outfit. Tettey, 35, is about to conclude his ninth and final season at Carrow Road after joining from Rennes in August 2012. The former Norway international has made 261 appearances in all competitions and bagged eight goals.

He has played four seasons in the Premier League but will not get a chance to add another despite Norwichs promotion. Sporting director Stuart Webber admits it is disappointing to see the veteran leave.

But he made it clear that his days in East Anglia might not be completely over.

This is a sad day for all connected with Norwich City, he told Norwichs official website. For Alex to have achieved what he has over his nine-year spell at the club is phenomenal. He will of course be rightly remembered as a Norwich City legend.

We will always have a role for Alex at this football club and, should he wish, we will help and support him with the next stage of his career when he feels the time is right.

Vrancic is about to complete his fourth campaign for Daniel Farkes side and has been a consistent performer. The Bosnia and Herzegovina schemer has enjoyed 122 league outings for Norwich, notching 15 goals in the process.

His most prolific season came in 2018-2019 when he found the net on 10 occasions. And Webber has nothing but positive memories of the former Mainz star.

Mario will rightly be remembered for his many moments of magic, he added. Hes a top professional and I dont think anyone will forget his goals against Sheffield Wednesday, Blackburn and the title-clincher at Aston Villa.

Other players set to leave include Oliver Skipp and Xavi Quintilla. The loan pair will return to Tottenham and Villarreal respectively. 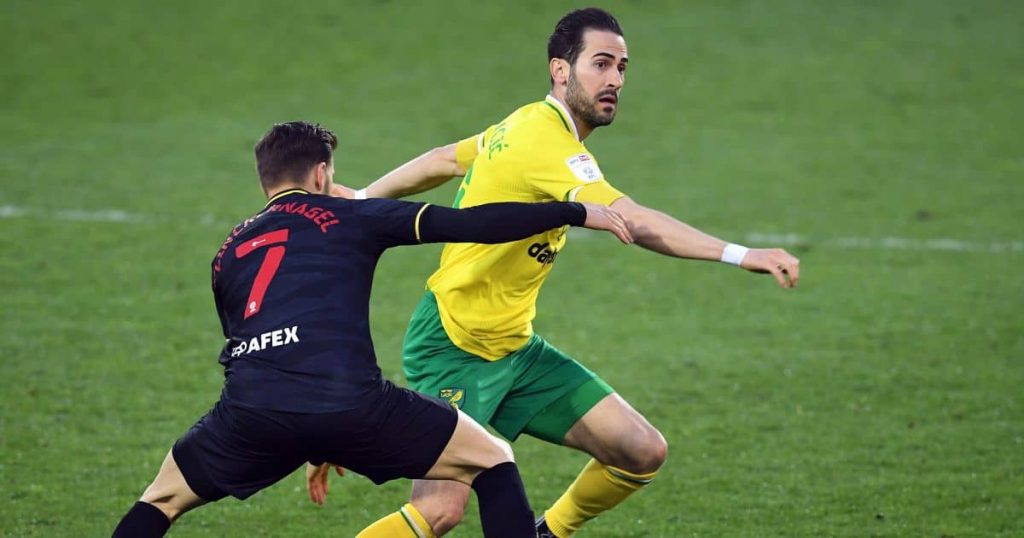 Saturdays clash at Barnsley will be their swan song and Webber hailed their contribution to the cause.

From day one, Xavi has always been here with a smile on his face and has delivered when called upon, he continued. He leaves us as a champion and he will no doubt go on to have a great career in the game.

Oliver has been tremendous for us this season and words cannot explain how grateful we all are for his contribution.

The post Midfield stars to leave Norwich but Canaries story may continue for one appeared first on TEAMtalk.

Chepstow Tuesday meeting abandoned Tuesday's meeting at Chepstow has been called off following an inspection.