Georginio Wijnaldums time at Liverpool appears to be coming to an end, but there might already be a ready-made replacement available this summer.

Wijnaldum, 30, will fall out of contract at the end of the current season. He has shown no signs of extending his stay and has reportedly verbally agreed to join Barcelona. The lack of a transfer fee is said to have encouraged the Catalans to opt for the Netherlands international. The Spanish giants are known to be struggling financially and an experienced player with no fee certainly appeals.

After signing for the Anfield outfit in the summer of 2016, Wijnaldum has become a vital part of Jurgen Klopps side. He has made 228 appearances in all competitions, scoring 22 goals.

But it is the former PSV mans ability to sit in midfield and release the forwards that makes him special. He seems able to find the likes of Mohamed Salah, Sadio Mane and Roberto Firmino with ease, while protecting the defence.

Klopp will certainly miss him but another Dutchman could be the answer. The player in question is 18-year-old Ajax sensation Ryan Gravenberch.

He may be wet behind the ears, but the Amsterdam-born starlet has already made 51 senior appearances for the Eredivisie giants. He has also been capped three times by Oranje and looks to have the footballing world at his feet.

Gravenberch has started 25 of Ajaxs 27 league games this term and helped them to top spot in the standings.

Gravenberch could be bargain of the summer

There is no report linking Liverpool with the midfielder but they might sit up and take note of his value. A report from Sport Witness suggests the younger brother of Sparta Rotterdams Danzell Gravenberch could be available for just 35m.

Although much younger than Wijnaldum, he has similar traits to his compatriot. Able to pick a pass and score goals, he is also not shy of defensive duties and is physically imposing.

He stands 6 ft 3 in tall and is not afraid of getting stuck-in. Whether or not Klopp makes a move this summer only time will tell but it seems certain there will be interest.

With the pandemic restricting clubs finances, a bargain youngster will appeal to many. Therefore it would be prudent for clubs to act sooner rather than later with his value certain to increase. 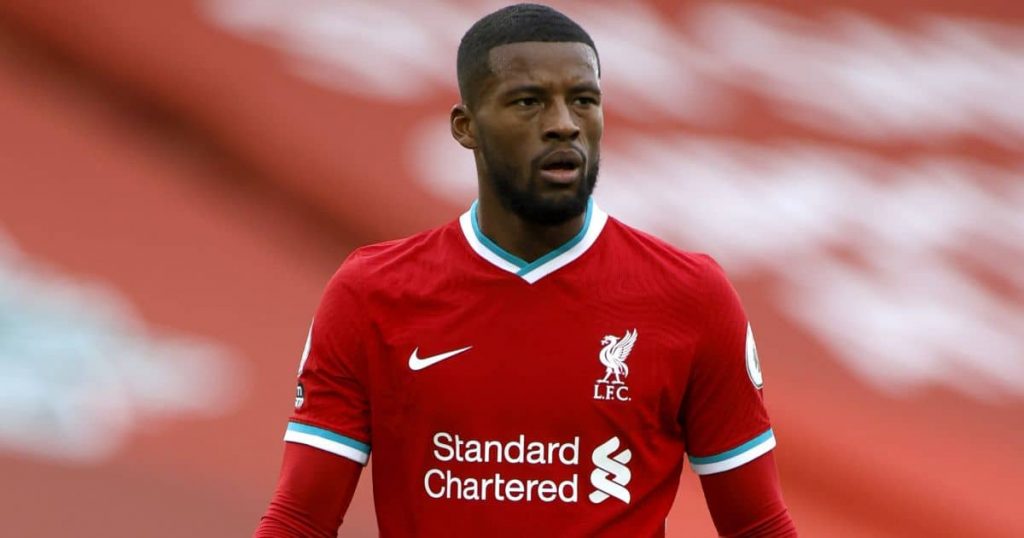 A strong showing this summer should he appear in Euro 2020 would see top clubs start to circle.

Manchester United and Juventus have already been linked but his agent, Mino Raiola, has a strained relationship with the Red Devils.