Mikel Arteta insisted now is not the right time for rash decisions after an Arsenal midfielder launched an emotional plea to depart the Gunners last week.

Arsenal are fighting to keep their season alive as hopes of a top four finish rapidly fade. Their 3-0 humbling at the hands of Liverpool last week drew stinging criticism from an ex-Gunner. Nevertheless, the common consensus is that Arteta is the right man to turn the ship around.

Doing so could require major surgery over the next few transfer windows.

Arsenal have been operating on a limited budget for a number of years. As such, exits may first be required to give Arteta enough leeway to make sweeping changes.

One player who could be set to depart is Lucas Torreira.

The Uruguayan is currently on loan at Atletico Madrid, though has struggled to nail down a starting role.

Torreira was recently struck by tragedy after his mother passed away after contracting Covid-19.

That put things into perspective for the 25-year-old who then declared his desire to not play in Europe anymore. Instead, he wishes to return to South America and join Argentine side Boca Juniors.

Now, Arteta has responded to the midfielder, but despite Torreira’s insistence, has called for patience.

“There is a lot of thoughts and things that goes through his mind but tranquilo when things are like that it is not the moment to make decisions,” said the Spaniard(via the Mirror).

“I understand how hes feeling emotionally, his need and responsibility to be closer to his family but this is not the moment to make any decision.

“Certainly its a decision that will have to be made by different parties and now nothing is going to change.” 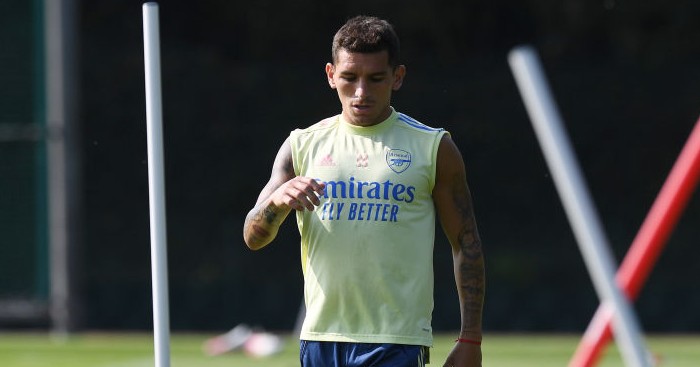 Torreira arrived in 2018 with hopes high he could add steel and bite to the Gunners’ flaky midfield.

Early promise soon evaporated as it became apparent his impressive Serie A displays were proving difficult to replicate in England.

Explaining the reasons behind his struggles, Arteta added: “Players often go through different stages in their careers and emotional moments and these things happen.

“We have to deal with that and when you recruit a player from a foreign country they have that struggle sometimes to adapt to a new culture a new language a new way of doing things. The risk is there.”