Spurs vs SaintsTottenham are set to face Southampton this evening in what will be interim head coach Ryan Mason’s first game in charge of the club following the sacking of Jose Mourinho on Monday.Southampton have been in appalling form since the start of the year and are in 14th place and are looking down rather […]
101 great goals - 4 minutes ago

The striker needs to sort out his immediate future if he is to stay on the right side of Everton officials. The post Richarlison talks planned over issue with major summer implications appeared first on TEAMtalk.
team talk - 7 minutes ago

The former midfielder brought an end to a nine-year off-the-pitch association with the club in March The post Nicky Butt comes clean on Man Utd exit and denies rumours appeared first on TEAMtalk.
team talk - 15 minutes ago

Perez speaks out on Haaland & MbappeReal Madrid’s main concerns will be explaining their actions regarding the now quickly dismantled Super League.However, one way to appease the fans may certainly lie in the signing of a ‘Galactico’ this summer.One such player is Borussia Dortmund’s Erling Haaland. The Norwegian has been linked with a move and […]
101 great goals - 35 minutes ago

The Hammers thought they were winning the race for the forward but the effects of the future of one of the world's best may change that The post Haaland future intertwined as West Ham face competition for striker target appeared first on TEAMtalk.
team talk - 43 minutes ago

It seems as though there are no shortage of suitors for a man making his name in Turkey. The post Newcastle, Villa enter race for Hungary international with ‘brutal’ price tag appeared first on TEAMtalk.
team talk - 53 minutes ago

Destination SpainAccording to Sky Germany, David Alaba has agreed to join Real Madrid on a five year deal. Whilst there is no official contract yet signed, the move is set to take place when the current season ends.He has been expected to leave for some time and numerous clubs have made moves to sign him, […]
101 great goals - 1 hour ago

A team in Turkey is reportedly gearing up to swoop for a Leicester star whose association with the Foxes is likely coming to an end The post Turkish club gears up to swoop for Leicester man struggling under Rodgers appeared first on TEAMtalk.
team talk - 1 hour ago

The timing of Tottenham's decision to dismiss their head coach raised some eyebrows The post New details emerge of debate between Mourinho and Levy that led to exit appeared first on TEAMtalk.
team talk - 1 hour ago

'He's capable of doing everything'
metro - 2 hours ago

There's plenty of anger at Old Trafford.
metro - 2 hours ago

The two friends will be on opposing sides at the weekend.
metro - 3 hours ago

“There hasn’t really been any doubt for some time that Marcel and I would sit down and agree a new contract." The post Brands predicts ‘exciting’ times ahead after signing Everton deal appeared first on TEAMtalk.
team talk - 3 hours ago

Ole Gunnar Solskjaer will now have to turn his attentions elsewhere after it emerged that the Turk is set to stay in Milan. The post Man Utd target Calhanoglu makes future choice as €13.5m deal nears appeared first on TEAMtalk.
team talk - 3 hours ago
LOAD MORE SPORT

Marcelo Bielsa has spoken about Raphinha’s impressive adaptation to life at Leeds – but having listed the Brazilian’s best qualities, has challenged the player to improve in one area.

The Whites travel to the London Stadium on Monday evening for a game against high-flying West Ham. It’s a match Bielsa knows won’t be easy for Leeds. As such, Bielsa has named the two Hammers stars who have caught his eye this season.

However, Leeds have a matchwinner of their own in Brazilian winger Raphinha.

Mesmeric winger Raphinha has proved a class above for the Whites this season. His form since a £17m move from Rennes this summer has captured the hearts of Leeds fans and won the Brazilian an army of admirers in the process.

This week it was suggested that he could be in line for an immediate payrise at Elland Road. That’s after his form caught the eye of some of the world’s top clubs.

Bielsa, of course, leaves the financial side of things to chief executive Angus Kinnear and director of football Victor Orta.

The Argentine’s job is simply making his players the best they can be. And Bielsa knows he has a special talent in Raphinha, having listed the parts of his game he’s good at.

Speaking about his qualities, Bielsa said: “What Raphinha is able to create is special. After that, we need to see whether he can do it on a regular basis. The set-pieces, he manages them very well. Physically, hes very apt.

“He can unbalance individually or combine with his teammates. I cant think of many more things to add to an attacking player, but the most important thing is how many times those resources are shown in every game.”

Leeds will be hoping Kalvin Phillips, Rodrigo Moreno and Jamie Shackleton will be fit for the game. Bielsa, however, remained unsure if they’d be available.

“It all depends how they evolve in the following days,” he said.

Patrick Bamford, meanwhile, has joked that he would embrace the competition amid unserious suggestions that Norway striker Erling Haaland is hoping to sign for Leeds. 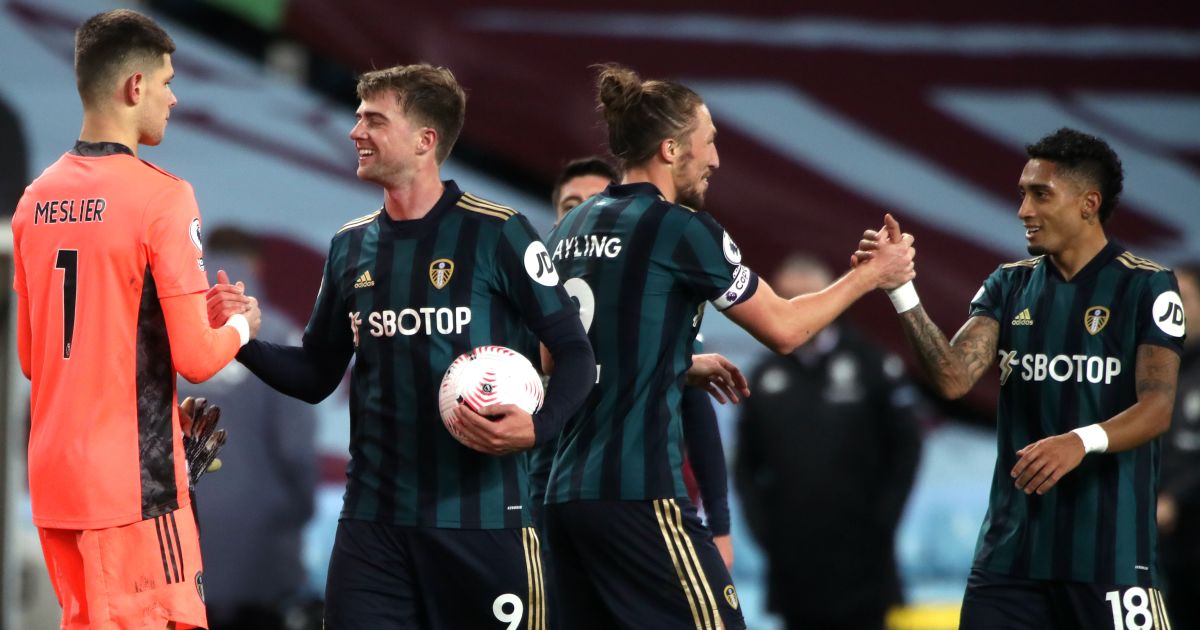 And with Chelsea ruled out, Leeds-born Haaland, its been joked, could instead sign for United.

And when that was put to Bamford, Leeds current No 9 had an amusing response when questioned on the official Leeds podcast.