The star has made a big impression for Leeds since their return to the Premier League The post Agent comes clean on factors that saw Leeds star reject Chelsea transfer appeared first on teamtalk.com.
team talk - 20 minutes ago

The demands are highFolarin Balogun and Arsenal have been in negotiations over a new deal for some time. Mikel Arteta has assured fans that the player wants to remain at Arsenal and that talks are progressing well. “I think I am pretty positive about it and every time I spoke to him, he mentions the […]
101 great goals - 28 minutes ago

Mourinho plans to pep up a problem area of his side this summer, with Tottenham reportedly closing in on an impressive £25m summer signing The post Mourinho to bin off regular starter as Tottenham hold advanced talks with £25m defender appeared first on teamtalk.com.
team talk - 1 hour ago

Uefa confirmed Budapest will again host the sides as next Wednesday’s match is moved away from Anfield. The post Uefa confirms Champions League home tie switch for Liverpool appeared first on teamtalk.com.
team talk - 1 hour ago

Solskjaer airs Bruno worriesManchester United manager Ole Gunnar Solskjaer is concerned about letting his key player Bruno Fernandes leave to join up with the Portuguese national side with fears he could be unavailable due to self isolation regulations.The international break goes ahead at the end of the month with Portugal set to play against Azerbaijan […]
101 great goals - 1 hour ago

The Borussia Dortmund hot-shot was born in Leeds and is a confirmed supporter of Marcelo Bielsa's side The post Bamford responds hilariously to talk Erling Haaland is signing for Leeds appeared first on teamtalk.com.
team talk - 2 hours ago

Not the kind of situation United and their supporters wanted to see in their tepid 0-0 draw at Selhurst Park The post Maguire, Rashford X-rated row at Palace sums up Man Utd mood right now appeared first on teamtalk.com.
team talk - 3 hours ago

Gary Neville has hailed two Liverpool stars as he opened up on who he believes is the Premier League's most underrated player The post Neville thinks PL’s most underrated is at Liverpool; in awe of second Red appeared first on teamtalk.com.
team talk - 3 hours ago

Man Utd produced a tepid display against Crystal Palace as they were forced to settle for a point with their third consecutive 0-0 draw. The post Toothless Man Utd tread water as Crystal Palace contain Fernandes and co. appeared first on teamtalk.com.
team talk - 14 hours ago
LOAD MORE SPORT

Arsenal have exciting twin targets lined up to replace Bellerin

Arsenal have two targets in mind if Paris Saint-Germain make another move for Hector Bellerin this summer, claims a report.

Bellerin was a target for the French champions last summer. The Spaniard was the subject of a reported £25m bid from the Champions League finalists in September, who were then managed by current Chelsea boss Thomas Tuchel.

However, Gunners boss Mikel Arteta managed to convince him to stay at the Emirates for another season.

Nevertheless, that seemingly hasnt deterred new manager Mauricio Pochettino from making a move for the right-back.

CBS Sports report that PSG are mulling over a bid for Bellerin in the summer. And should Bellerin fancy a new challenge then Arsenal will certainly need competition for Cedric Soares.

Mikel Arteta and Edu though have a couple of ready-made replacements in mind, as per the report.

Brighton full-back Tariq Lamptey is understood to be under consideration. The 20-year-old has starred for Brighton this season and his move from Chelsea in January 2020 has paid off.

The speedy defender though is currently sidelined with a hamstring injury and has missed the last 12 games.

Norwich City’s Max Aarons is another name on Arsenal’s radar. The England Under-21 international was a target for both Barcelona and Bayern Munich in the summer as they assessed their options at right-back.

Now though Arsenal, Tottenham, Everton and Manchester United are all understood to be chasing the £35m-rated defender.

Auba ‘past his best’ 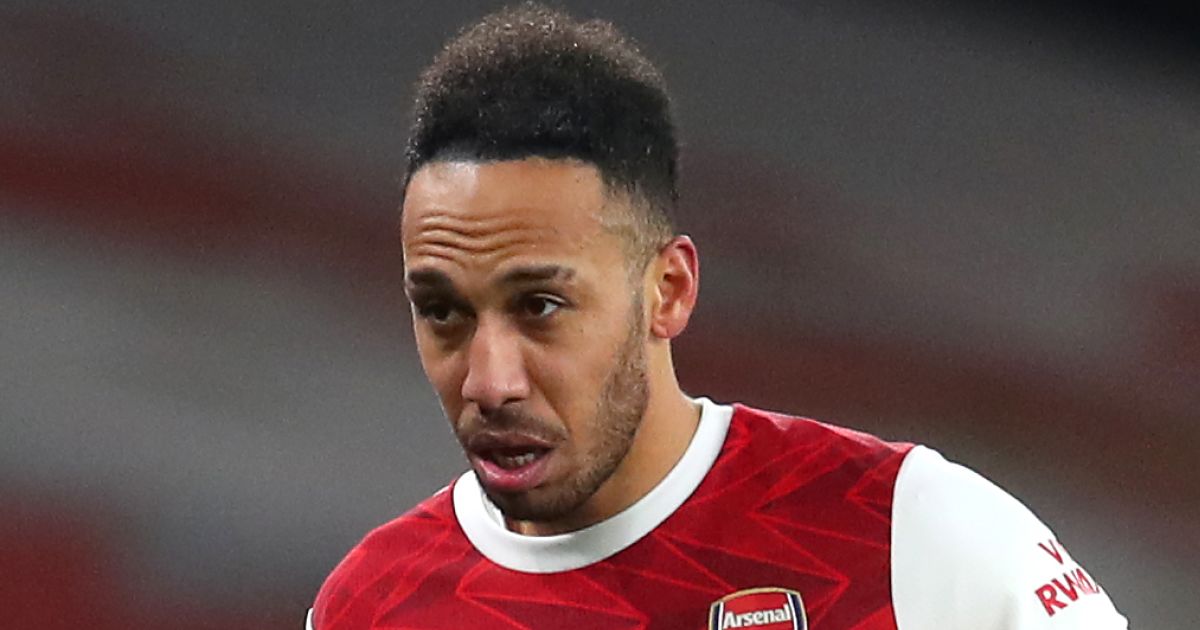 Pierre-Emerick Aubameyang is past his best and has lost his superpower, according to Jamie Redknapp.

It has been a difficult season for Aubameyang after he signed a new contract with Arsenal in the summer.

The Gunners captain has not reached his usual levels, scoring eight goals from 21 Premier League appearances so far this campaign.

There were signs he was getting back to his best when he scored a hat-trick against Leeds last weekend. However, he drew a blank upon his next league appearance in the 1-0 defeat to Manchester City on Sunday.

The result left Arsenal lingering in midtable, with Aubameyangs inconsistent form one of the reasons for their struggles to kick on from last season.

Former Liverpool and Tottenham midfielder Redknapp thinks the striker is now past his prime and is even getting bullied by opponents.

I look at Aubameyang Aubameyangs past his best, Redknapp said on Sky Sports.

The post Arsenal have exciting twin targets lined up to replace Bellerin appeared first on teamtalk.com.

Ole Gunnar Solskjaer \"out of his depth\" at Old Trafford, claims Man Utd legend After a promising start to the season United have struggled in recent weeks and their hopes of winning the title are all but over