'He has the talent and desire'
metro - 1 hour ago

Owen admits it's a bit of a "devious thought". But actually, there might just be something in this The post Michael Owen explains his wild theory over Sadio Mane, Mo Salah rivalry appeared first on teamtalk.com.
team talk - 1 hour ago

A man who has a brilliant record with predictions about the Man Utd star has made another which could yet turn out to be true The post Man Utd warned key man being turned into serious risk to trophy chances appeared first on teamtalk.com.
team talk - 14 hours ago

An insight into Manchester United’s key targets to reinforce the club’s frontline has, on Friday, been forthcoming online.Reds on the upUnited’s campaign, to date, has of course proven something of a mixed bag.Ole Gunnar Solskjaer’s men currently sit in a solid 2nd place in the Premier League table, having only seen their title challenge slip […]
101 great goals - 15 hours ago

The Hammers would have to beat a Bundesliga giant to his signature, though The post West Ham turn focus to powerful Serie A star in never-ending striker hunt appeared first on teamtalk.com.
team talk - 16 hours ago

Manchester United star Luke Shaw has provided an insight into the humourous reaction of teammate Bruno Fernandes, after finding out that he had missed out on the club’s Player of the Month award.Shaw crownedThe latest Red Devils POTM winner was announced yesterday afternoon.The individual crowned was Luke Shaw, who continued his remarkable return to form […]
101 great goals - 16 hours ago

Arsenal have this evening revealed a late update on the fitness of Emile Smith Rowe, ahead of their showdown with Burnley.Arsenal visit BurnleyMikel Arteta’s men are set to return to action tomorrow afternoon, in a Premier League meeting with the Clarets.The Gunners will of course head into the Turf Moor clash with their tails up, […]
101 great goals - 17 hours ago
LOAD MORE SPORT

Jose Mourinho has delivered a blow to Dele Alli’s hopes of leaving Tottenham by predicting no more business in the January transfer window.

Alli has dominated the gossip columns this month, with the midfielder heavily linked with a move to PSG.

The England international has fallen out of favour since Mourinho replaced Mauricio Pochettino in 2019. Hence, there have been rumours that he could reunite with his old boss in Paris.

PSG would like a loan move for Alli, whereas Tottenham would only consider selling him for a high price. Doubts remain about the deal, but the Ligue 1 champions will keep pushing until the deadline.

Spurs boss Mourinho, though, is not expecting Alli to leave – or for any transfers to materialise, for that matter.

“I’m convinced nothing is going to happen. If something happened it would be a huge surprise for me.”

If Alli is to revive his Tottenham career, he could take inspiration from one of his teammates – Tanguy Ndombele.

The midfielder struggled with the transition to the Premier League after a club-record move from Lyon in 2019. However, this season, his form has improved dramatically.

Mourinho believes the credit for Ndombele’s resurgence belongs solely to the player.

He said: “Was him, his responsibility. We always showed him the right way and demand a lot from him.

“If I did anything positive with him I believe it was not to play him when he was not in real conditions to play. I believe that we used some of matches last season to expose his fragilities at the time.” 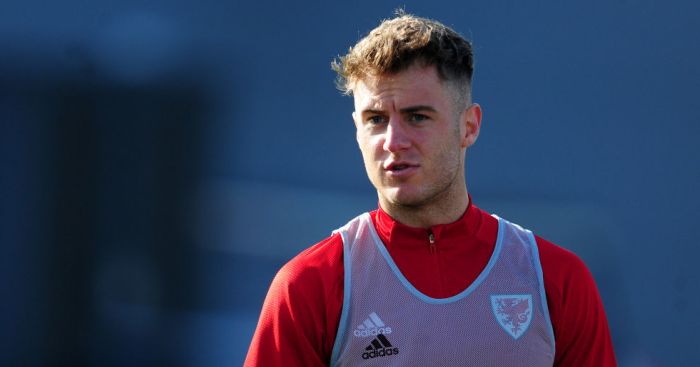 Like Alli, another homegrown player hoping for more opportunities will be Joe Rodon, who joined from Swansea at the start of the season.

The defender, 23, has only started two Premier League games so far, but Mourinho is pleased with his progress.

He said: “Joe has a lot to learn but at the same time he has a lot of potential, he has great desire and I am really happy.

“We played him not many matches, unfortunately he was not in the Europa League matches which would have given him more matches and experience, but in the times we have paid him the answer was positive so we are happy with Joe and we believe that he can be only better.”