The Gunners are keen to tie him down amid interest from across Europe, a report claims The post Arsenal offer big contract to hotly-scouted academy ace starring in class above appeared first on teamtalk.com.
team talk - 48 minutes ago

A man who has a brilliant record with predictions about the Man Utd star has made another which could yet turn out to be true The post Man Utd warned key man being turned into serious risk to trophy chances appeared first on teamtalk.com.
team talk - 1 hour ago

An insight into Manchester United’s key targets to reinforce the club’s frontline has, on Friday, been forthcoming online.Reds on the upUnited’s campaign, to date, has of course proven something of a mixed bag.Ole Gunnar Solskjaer’s men currently sit in a solid 2nd place in the Premier League table, having only seen their title challenge slip […]
101 great goals - 1 hour ago

Premier League giants Arsenal have, on Friday, offered professional terms to youngster Kido Taylor-Hart, it has been confirmed.Who is Taylor-Hart?Gunners starlet Taylor-Hart represents one of the most highly regarded up and coming talents on the books in north London.The youngster, a left-winger by trade, has been plying his trade with Arsenal since the age of […]
101 great goals - 2 hours ago

The Hammers would have to beat a Bundesliga giant to his signature, though The post West Ham turn focus to powerful Serie A star in never-ending striker hunt appeared first on teamtalk.com.
team talk - 2 hours ago

The Gunners have revealed their latest financial accounts, which also take a heavy beating from the cost of the pandemic The post Arsenal report further financial woes including eight-figure Emery sack sum appeared first on teamtalk.com.
team talk - 3 hours ago

Manchester United star Luke Shaw has provided an insight into the humourous reaction of teammate Bruno Fernandes, after finding out that he had missed out on the club’s Player of the Month award.Shaw crownedThe latest Red Devils POTM winner was announced yesterday afternoon.The individual crowned was Luke Shaw, who continued his remarkable return to form […]
101 great goals - 3 hours ago

Arsenal have this evening revealed a late update on the fitness of Emile Smith Rowe, ahead of their showdown with Burnley.Arsenal visit BurnleyMikel Arteta’s men are set to return to action tomorrow afternoon, in a Premier League meeting with the Clarets.The Gunners will of course head into the Turf Moor clash with their tails up, […]
101 great goals - 3 hours ago

Another home league defeat has left the Reds with many questions but the defender does not appear to have the answers. The post Alexander-Arnold gives frank assessment of woeful Liverpool demise appeared first on teamtalk.com.
team talk - 4 hours ago

He stunned the footballing world with his choice of destination when leaving, but a return to Chelsea may eclipse that level of surprise The post ‘It’s a dream for me’ – Former Chelsea star reveals desire to make shock Stamford Bridge return appeared first on teamtalk.com.
team talk - 4 hours ago

Liverpool manager Jurgen Klopp has spoken out about the cryptic tweet posted by Mohamed Salah's agent The post Klopp distances himself from Salah agent with firm message to stay away appeared first on teamtalk.com.
team talk - 5 hours ago

The striker has been linked with a summer move to a bigger club but Hasenhuttl does not think that is why the goals have dried up for him The post Hasenhuttl has reason other than transfer talk for Danny Ings losing form appeared first on teamtalk.com.
team talk - 5 hours ago

A recent report from Spain has credited Manchester United with an interest in Barcelona starlet, Ilaix Moriba.Who is Ilaix Moriba?Moriba is just one of countless top talents to make their way through Barcelona’s famed La Masia academy over the years.Moriba is still primarily plying his trade for Barca B. However, 2020/21 has seen Ronald Koeman […]
101 great goals - 6 hours ago

The 22-year-old has almost doubled his previous salary at Atalanta after penning a contract until 2025. The post Tottenham, Leicester still in running despite Roma star penning new deal appeared first on teamtalk.com.
team talk - 6 hours ago

'That was a big statement.'
metro - 6 hours ago

Was Mohamed Salah right to be annoyed at his early substitution against Chelsea? Here's what the stats say... The post Comparing the Premier League stats of Liverpool’s forwards in 2020-21 – PF appeared first on teamtalk.com.
planet football - 6 hours ago

The Ivorian missed most of February through injury.
metro - 6 hours ago
LOAD MORE SPORT

Leeds put their recent cold streak behind them after securing a 2-1 victory over Newcastle at St. James’ Park.

Summer signings Rodrigo and Raphinha combined for the first, while Jack Harrison notched what would ultimately be the game winner after Miguel Almiron had equalised.

Speaking in his post-match press conference (via LeedsLive), Bielsa said: They came on in the game in difficult moments.

“After the Harrison goal we lost the ball. We only managed to recover the ball in the last five minutes.

Roberts and Klich were forced to defend more than they could attack. What they bring is more creative than defensive.

Half an hour they played, 20 minutes were a lot of defending.

When asked if Leeds had improved at defending set pieces, Bielsa quipped: You know there wasnt an improvement on this. Because they dont score doesnt mean we are defending them better.

Ablution in this subject. There will be a solution to this problem when we dont concede chances from corners. Difficult for me to say exactly what I think.

“Though we did defend some set-pieces better, we should have done better with others. In the first half where they had some chances from set-pieces, they were always under pressure so we could force them to miss. In the second half there were chances in our box. 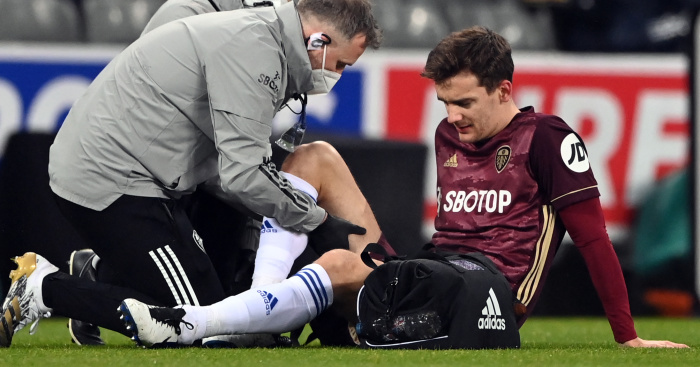 He has a similar problem to the one as before,” said Bielsa of his centre-half. “Its a problem for him, us, all of us. In this moment, Diegos state of mind worries me because of the succession of injures.

In the post-match fallout, Fabian Schar is reported to have claimed Rodrigo spat at him during the contest.

When asked if he knew of the situation, Bielsa concluded: No, I dont know anything about this. 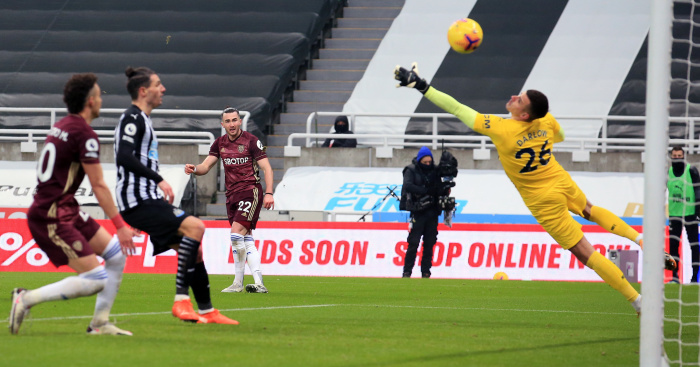 Leeds matchwinner Harrison also spoke to the press, telling BT Sport: “We knew it was going to be a challenge. We’d been preparing all week for this and we had to come out strong which we did.

“The manager talks about having personality and character and we went into this game with a lot of fire.

“Newcastle can give you problems up front but we did well to come away all three points.

“We’ll keep our heads down and keep working hard game by game.”

Is Brooklyn the right move for Blake Griffin? According to ESPN’s Adrian Wojnarowski, Blake Griffin has officially been bought out by the Detroit Pistons, and is now cleared to sign with another team via free agency.Read more...

Man Utd made to regret Sancho decision as Solskjaer rues goal drought Manchester United have now gone three games without scoring a goal in all competitions, and Ole Gunnar Solskjaer could forgiven for regretting the decision not to sign Jadon Sancho last summer

Liverpool have had injury issues but Leicester and Newcastle have suffered more Every club has its issues with injuries and Liverpool have no doubt more than their fair share this season, but I’m not sure they have been hardest hit in that regard

Let's make some NFL free agency predictions Someone in the NFL league office apparently doesn’t understand that March 17 is St. Patrick’s Day, because they decided to make that the day that free agency begins this year. Thinking about it a little more though, nothing goes together quite like Guinness and top-tier talent changing teams and causing pandemonium…Read more...

Cole adds to Klopp's Liverpool problems with damning Alexander-Arnold assessment The Reds have endured a miserable defence to their title crown this campaign, with Klopp's out-of-sorts side seventh in the table, 22 points behind leaders Manchester City

Griffin agrees buyout with Pistons Blake Griffin and the Detroit Pistons have agreed to a contract buyout, according to a person with knowledge of the situation.

Fernandes' former manager accuses Man Utd of relying too much on superstar Bruno Fernandes is the Man Utd's top scorer and assister this season with 22 and 12 respectively, but the club's reliance on him has been criticised by his former coach

Elliott banned for a year Gordon Elliott has been handed a 12-month ban, with the last six months suspended, following an Irish Horseracing Regulatory Board referrals hearing into the image posted on social media last weekend of the Grand National-winning trainer sitting on a dead horse.

Liverpool stopper climbing & high-flying Bendtner shakes things up: How PL stars past & present fared in Fantasy Football this week  Gameweek 26 of the Fantasy Football season came to a close last night, when Liverpool welcomed Chelsea to Anfield. On the back of the latest double gameweek, we have taken a look at how some of the more high-profile FPL bosses got on.Kalvin PhillipsGW points: 90GW rank: 1,572,175GW transfers: 1Overall rank: 1,801,948A fine week for […]