Will they face Solskjaer's side?
metro - 59 minutes ago

“Defensively they’re not right, are they? That’s for sure." The post Pundit would be ‘surprised’ if Liverpool didn’t make signing this month appeared first on teamtalk.com.
team talk - 4 hours ago

United stintNigerian hitman Ighalo of course secured a surprise return to the Premier League during last year’s winter transfer window.The 31-year-old, who previously lined out for Watford, was snapped up by Manchester United on deadline day.Ighalo made the move to Old Trafford on loan for the remainder of the campaign, after a long-term injury picked […]
101 great goals - 4 hours ago

Moussa Dembele has completed his move from Lyon to Atletico Madrid – with the French side drafting in Islam Slimani from Leicester as a replacement.

Speculation arose earlier this week that Dembele was on his way to Atletico, who were looking for a replacement for Diego Costa.

The former Celtic striker had been linked with a number of Premier League clubs, most recently West Ham, but no move to England materialised.

Instead, he headed to Spain, and Atletico have now confirmed his signing.

Dembele joins the La Liga leaders on a loan deal until the end of the season, for 1.5m. They have the option to buy him for 33.5m, plus a possible 5m in bonuses.

The 24-year-old has only scored one goal this season, but has previously been prolific in Ligue 1. In total, he has scored 45 goals for the club from 108 games.

He will now get to show La Liga what he can do. 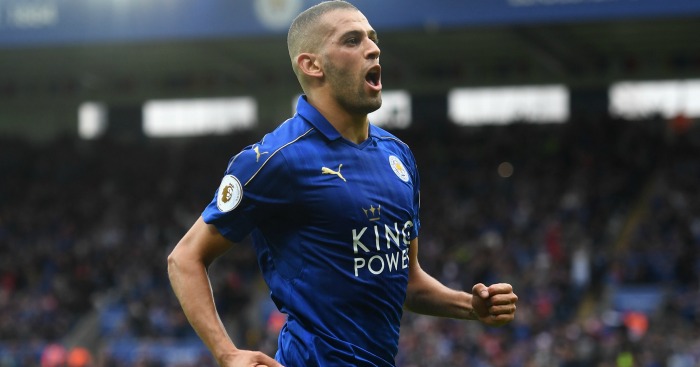 Lyon have wasted no time in finding a replacement for Dembele. They have announced the signing of Islam Slimani on a free transfer from Leicester.

Slimani never quite lived up to the heights expected of him at Leicester, scoring 13 goals in 48 games. He only played in one game for them this season, coming on as a substitute against Aston Villa in October.

Hence, Leicester were willing to allow the Algerian to leave for nothing – despite forking out a club-record £28m for him in 2016.

The 32-year-old was not part of Brendan Rodgers’ plans, so will now return to France, where he spent a successful period on loan with Monaco last season.

the guardian - 30 minutes ago