The Ligue 1 side are going up against Chelsea for the Inter Milan defender's signature, but they have a plan B The post PSG identify Hakimi alternative in move that could impact Man Utd plans appeared first on TEAMtalk.
team talk - 6 hours ago

Despite taking four points from a possible six against Croatia and Scotland, England are under severe scrutiny as a result of their performances.The Three Lions have scored just one goal across the two games, and looked particularly underwhelming against the Scots at Wembley, managing just one shot on target across the 90 minutes, fewer than […]
101 great goals - 6 hours ago
LOAD MORE SPORT

Marcelo Bielsa wants Leeds to improve their attacking efficiency and says it is crucial if they are to establish themselves in the upper reaches of the Premier League.

Bielsa believes his sides failure to convert their chances against Wolves on Monday night ultimately proved costly. Furthermore, it handed their opponents the belief they required to escape with a 1-0 win at Elland Road.

And a repeat performance at unbeaten Aston Villa on Friday could further threaten the aura which accompanied Leeds into the Premier League. Their reputation was enhanced by their opening-day performance at Liverpool and their 1-1 draw at home to Man City.

However, Bielsa – who also had a message to Villa star Jack Grealish – knows what is required from his players.

In a team like us that attacks, it is not good when our attacks dont create danger,” Bielsa said.

When this happens the opponent feels that we are not able to cause them much danger. This makes the game more even.

The conclusion is we understand why we lost the game even though we shouldnt have and we dominated the large majority of it.

Bielsa has injury problems ahead of the trip to Villa Park. Kalvin Phillips faces a number of weeks out after picking up a serious shoulder injury.

Phillips will be replaced in midfield by Pascal Struijk. The Dutchman stepped in for Liam Cooper on Monday after the centre-back suffered a recurrence of a recent groin injury.

Cooper remains a doubt for the trip to Villa while Diego Llorente is definitely out, also with a groin strain.

The flexibility offered by Struijk is key to Bielsas approach. The Argentine seeks to get the best from a squad which he insists retains strength in numbers despite the recent injury blows. 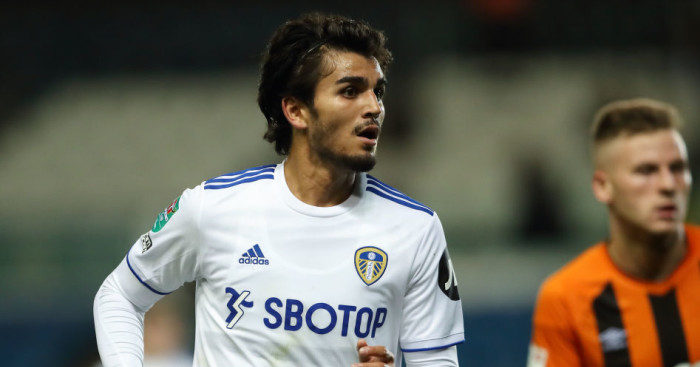 We have many players who can play in a number of positions, added Bielsa. Being able to play in more than one position always helps the manager.

The squad is not small because we have two players per position. There are no big differences between the two players who occupy each position.

At the moment we currently have injuries in the same positions but that doesnt mean we have a small squad. We can also count on the players from the academy who deserve their spot in the squad.

the guardian - 55 minutes ago