The Ligue 1 side are going up against Chelsea for the Inter Milan defender's signature, but they have a plan B The post PSG identify Hakimi alternative in move that could impact Man Utd plans appeared first on TEAMtalk.
team talk - 6 hours ago

Despite taking four points from a possible six against Croatia and Scotland, England are under severe scrutiny as a result of their performances.The Three Lions have scored just one goal across the two games, and looked particularly underwhelming against the Scots at Wembley, managing just one shot on target across the 90 minutes, fewer than […]
101 great goals - 6 hours ago
LOAD MORE SPORT

Fabinho has confirmed Jurgen Klopp quickly turned to him to replace Virgil van Dijk in the Liverpool defence – but has demanded one instant improvement the Brazilian must make to his game.

Van Dijk is likely to be out for the rest of the season after injuring his anterior cruciate ligament last Saturday.

The injury presents a huge task for Jurgen Klopp. The Liverpool boss must play long-term without the Dutchman in the Premier League for the first time since January 2018.

However, versatile Brazilian Fabinho is the man who will step into Van Dijk’s shoes in defence. He showed again his credentials with a solid display as Liverpool edged out Ajax 1-0 in the Champions League.

Now Fabinho has detailed the conversation Klopp had with him about replacing the Dutchman.

He has also revealed the shock that tore through the Liverpool squad once the seriousness of Van Dijk’s injury hit them.

“Personally, when I knew Virgil was out for a long time it was a little bit of a shock. I think hes the best defender in the world,” Fabinho told Viasport.

“Most of all, hes a leader of the team, in the dressing room he always keeps the good mood, the good atmosphere. Of course we miss this.

“But we have to keep going, we have to try to do the best and win the games for him as well.

“We have Thiago, Alisson, Joel [Matip], some players injured right now. They try to recover as quickly as possible and we have to try to win every game.”

Fabinho told to improve vocal side to game

Fabinho knows he is still a work in progress when it comes to performing as a centre-half. While his skills certainly translate, he does need to be more vocal in the role, as Fabinho revealed Klopp had told him. 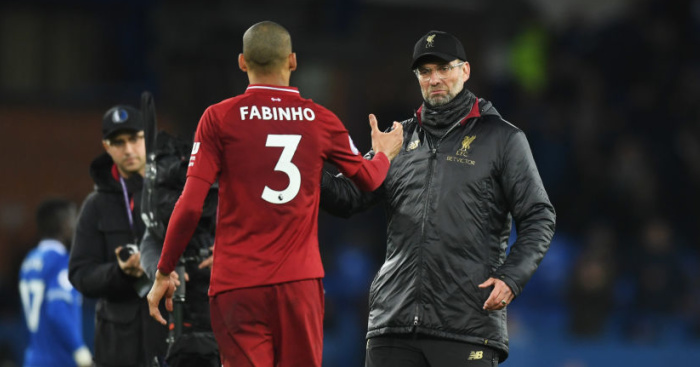 “Tactically, I have to be always ready for the long balls, try to organise the team.

“Its not easy but I have to do what Virgil always does and talk to the team, try to be a leader.

“Of course Im not Virgil, but Ill do my best.

“It was very important for me and the team to keep a clean sheet today for the confidence of the team.

“Of course, I try to do my best, the manager said to me I have to talk more to the team to try to organise the team.

“Sometimes its little details like second balls, being ready, pressing well. I try to be in this role as well.”

The post Fabinho told trait he must work on as he reveals Klopp chat on replacing Van Dijk appeared first on teamtalk.com.

the guardian - 51 minutes ago