Not so positive Ronaldo has tested positive again for coronavirus and will therefore be unavailable for the game against Barcelona. Having tested positive for the virus a week ago, there had been hope that ahead of the tie with Lionel Messi’s Barca the Portuguese would be available. This now appears all but impossible. But according […]
101 great goals - 8 minutes ago

Troy Deeney has revealed that he used to enjoy battling with one Man Utd star who would 'give you the ball three or four times' in matches The post Deeney names clumsy Man Utd star as Solskjaer’s alarming weakest link appeared first on teamtalk.com.
team talk - 21 minutes ago

The Real example Phillipe Coutinho, purchased for £142 million. Ousmane Dembele joined for £135 million. Antoine Griezmann arrived for £107 million. It is fair to say the business conducted by Barcelona has been nothing short of astronomical. The seeming panic which occurred due to Lionel Messi’s time at the club coming close to its end […]
101 great goals - 45 minutes ago

The 23-year-old has two years remaining on his existing contract, but has been on the sidelines since March with a knee injury. The post Man Utd, Chelsea to rival Bayern for £37m-rated midfield powerhouse appeared first on teamtalk.com.
team talk - 51 minutes ago

Ancelotti has said that James will miss out this weekend after being injured in a tackle with Van Dijk The post Ancelotti says Pickford criticism excessive; points out Van Dijk tackle on James appeared first on teamtalk.com.
team talk - 1 hour ago

Jurgen Klopp refused to sign a replacement for Dejan Lovren in the summer, but he now needs a centre-back in January The post Liverpool links grow with €30m centre-back who has perfect profile for Klopp appeared first on teamtalk.com.
team talk - 1 hour ago

“Fabinho is a great centre-back. The games he has played there, you can see he is comfortable in that position." The post Liverpool star says ‘we don’t concede goals with Fabinho at centre-back’ appeared first on teamtalk.com.
team talk - 1 hour ago

The Portuguese firebrand has a brilliant record in the Europa League - and he hopes that'll continue being the case at Tottenham The post Mourinho makes Europa League wish clear as he explains Rodon deal appeared first on teamtalk.com.
team talk - 2 hours ago

The United boss has demanded better from his players in one particular area as they prepare for Friday's clash at 100 percenters, Villa The post Bielsa outlines immediate improvement Leeds need to climb table appeared first on teamtalk.com.
team talk - 2 hours ago

Real Madrid were shocked at home in the Champions League last night and one man has bore the brunt of the flak The post Spanish papers hammer Real Madrid man after shock defeat appeared first on teamtalk.com.
team talk - 2 hours ago

Could Kepa get a loan move to Spain in January that would suit all parties? The post LaLiga escape route opens up for out-of-form Chelsea star appeared first on teamtalk.com.
team talk - 3 hours ago

This doesn't make for good reading for Liverpool amid suggestions the defender might not take the field again until the 2021/22 season The post Liverpool told Virgil van Dijk injury ‘may be worse than initial diagnosis’ as top journalist reveals January transfer plan appeared first on teamtalk.com.
team talk - 3 hours ago

UK Government responds to petition calling for fans to be allowed back into stadiums which received approximately 200,000 signatures

Not yet Witnessing Red Bull Salzburg’s 2-2 draw against Lokomotiv Moscow in the Champions League was surreal. Strangely because fans were allowed in the stadium. UK viewers of the sport have for so long been used to artificial crowd noise, hearing the genuine thump of drums and cheers of passion seemed almost brand new. Having […]
101 great goals - 3 hours ago

The Brazilian star has revealed how the squad reacted to losing Van Dijk and the chat he had with Klopp about replacing him in defence The post Fabinho told trait he must work on as he reveals Klopp chat on replacing Van Dijk appeared first on teamtalk.com.
team talk - 4 hours ago

No place for it Barcelona’s La Masia academy has struggled to produce the swathes of talent it had previously been known for. The likes of Xavi, Iniesta, Buquests and Pedro have long since moved on. However, a young bright spark has been that of 17-year-old Ansu Fati. Already in the Spanish senior national team, the […]
101 great goals - 4 hours ago

Klopp has moved to ease doubts the star Liverpool forward could face a spell on the sidelines after he was withdrawn against Ajax The post Klopp explains Sadio Mane ice-pack and lifts lid on triple substitution appeared first on teamtalk.com.
team talk - 4 hours ago

The Daily Mail has revealed that the Serie A frontman, who was chased by Spurs all summer, is likely to leave Napoli in the new year. The post Tottenham to renew interest as top summer strike target heads for January exit appeared first on teamtalk.com.
team talk - 6 hours ago
LOAD MORE SPORT

Timo Werner says Chelsea should forget about their hopes of winning silverware until they resolve their concerning defensive issues.

Saturday’s 3-3 draw with Southampton was the Blues’ second such result in three Premier League games.

But while Chelsea recovered from three goals down against West Brom, they twice squandered a lead to the Saints.

“I dont know if we have a problem but in the end the last three games we concede six goals and thats not where we want to be,” the German said (via the Daily Mirror).

“When we concede so many goals in every game then its hard to win games but in the end also to win titles.

Lampard, however, was unable to field two of his three new defensive signings at Stamford Bridge.

As such, Kepa Arrizabalaga filled in between the sticks, with Kurt Zouma and Andreas Christensen in defence. 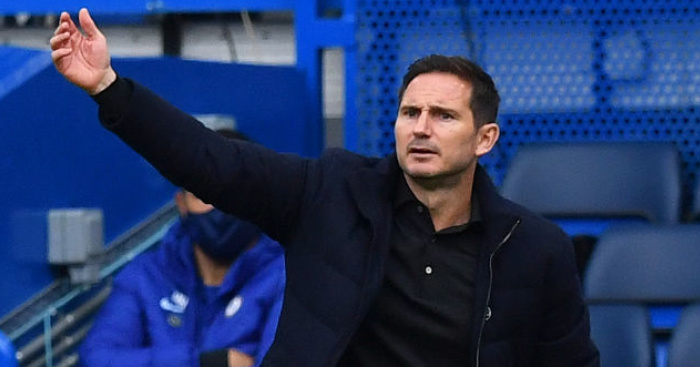 Chelsea led 2-0 through Werner’s brace, before Danny Ings pulled one back for Southampton. Che Adams then levelled the scores after half-time before Kai Havertz put the hosts back in front.

But right at the death, centre-back Jannik Vestergaard glanced home Theo Walcott’s effort to make it 3-3.

Boss Lampard, though, claimed that it was his side’s best performance of the season so far.

Dave Roberts still thinks he’s playing Strat-O-Matic I have to credit Joe Sheehan, who has been using that metaphor for a long while now. Anyway, one of the problems with Dave Roberts as manager, at least in the playoffs, is he just assumes he’ll get production from the back of the baseball card simply because. Mostly, if not solely, this has been the problem with his…Read more...

FIFA 21 Rulebreakers: Predictions, release date and what we know so far EA confirmed the imminent launch of a brand new FUT 21 promo called Rulebreakers on Wednesday evening, which is set to go live later this week.

Nathaniel Wood planning UFC 254 fireworks: ‘I want a nice bonus before Christmas’ The Prospect is out to prove his quality