The Spurs chairman is reportedly keen to make his money back on an exit-linked star The post Levy makes stern statement on Tottenham star’s fee as AC Milan circle appeared first on teamtalk.com.
team talk - 47 minutes ago

When will these two fight?
metro - 1 hour ago

The Blues will make their interest in a LaLiga star serious in the "coming days", according to a report The post Chelsea to gazump Everton with left-back bid as Chilwell doubt raised appeared first on teamtalk.com.
team talk - 1 hour ago

A free transfer for the Gunners.
metro - 2 hours ago

Marcelo Bielsa and Co will be keeping a close eye on Wembley on Tuesday evening as Leeds plot their first foray into the summer market. The post Benrahma, Bryan transfer plans for Leeds hinge on play-off final outcome appeared first on teamtalk.com.
team talk - 3 hours ago

Manchester United have agreed to let Alexis Sanchez leave on a free transfer to enable them to land Jadon Sancho, according to reports. The post Sancho shirt no. sorted, as Alexis agreement helps Man Utd close in on €120m transfer appeared first on teamtalk.com.
team talk - 3 hours ago

Jermaine Jenas believes Jose Mourinho's life will not get any easier after a troubled start to his Tottenham tenure The post Tottenham will push frustrated Mourinho into perilous corner, claims pundit appeared first on teamtalk.com.
team talk - 4 hours ago

Salah, Mane and more: Harvey Elliott names Liverpool stars who helped him most this season

Liverpool youngster Harvey Elliott has today opened up on some of the members of Jurgen Klopp’s squad who helped him most during his debut season at Anfield. Reds switch Prodigious starlet Elliott joined Liverpool in July of last year. After making his way through Fulham’s youth ranks, the wide-man quickly went on to establish himself […]
101 great goals - 12 hours ago

Everton appear to be closing on the signature of Branislav Ivanovic, after the veteran defender confirmed that he has received a ‘good offer’ from the Toffees. Goodison bound? Serbian international Ivanovic is of course best remembered by English fans for his time spent with Chelsea. The now-36-year-old lined out for the Blues for 9 years, […]
101 great goals - 13 hours ago

As confirmed by a host of reliable sources online this evening, Alexis Sanchez is all set to depart Manchester United for Inter Milan on a permanent basis. Sanchez back on form On the back of a dismal campaign with Man United, Chilean international Sanchez returned to Italy last summer. The 31-year-old joined Antonio Conte’s Inter […]
101 great goals - 14 hours ago

A number of updates on Arsenal’s summer transfer plans have been forthcoming online over the last 24 hours, on the back of the club’s FA Cup triumph. Gunners victorious Mikel Arteta’s men of course made the trip to Wembley on Saturday evening, for the final outing of an altogether underwhelming campaign. After seeing their Champions […]
101 great goals - 14 hours ago

The Foxes are determined to earn as much as possible for their England international left-back, according to a report The post Leicester hand Chelsea mammoth Chilwell ultimatum as price tag rockets appeared first on teamtalk.com.
team talk - 15 hours ago

Bruno Fernandes has today secured the latest in a growing list of individual prizes, after playing a central role in Manchester United’s Premier League endeavours last month. United clinch CL Ole Gunnar Solskjaer’s men took to the pitch in the Premier League on 6 occasions in July. And, despite having seen their previously stellar form […]
101 great goals - 15 hours ago

The latest report claims the Gunners sit at the front of the queue in the race to sign a Chelsea star The post Arsenal in pole position as Chelsea star makes exciting exit promise appeared first on teamtalk.com.
team talk - 16 hours ago

Man United negotiations for Jadon Sancho ‘at an advanced stage’

Transfer expert Fabrizio Romano this afternoon provided an update on Manchester United’s ongoing pursuit of Borussia Dortmund star Jadon Sancho. Sancho’s exit links Despite the financial restrictions set to be brought about by the COVID-19 crisis, speculation surrounding the futures of some of European football’s biggest stars has continued to swirl this summer. The likes […]
101 great goals - 16 hours ago

John Barnes says Liverpool must be careful if their reported interest in Thiago Alcantara is true The post Barnes warns Klopp of Liverpool downfall if Thiago pursuit succeeds appeared first on teamtalk.com.
team talk - 17 hours ago

Is he worth it?
metro - 17 hours ago
LOAD MORE SPORT

Liverpool defender Yasser Larouci will leave Anfield this summer with Leeds United and Brentford preparing to swoop, according to a report.

The left-back made his debut against Everton in January’s FA Cup tie and has two outings for the season so far.

However, amid his struggle for game time – and his contract expiring – Goal claims Liverpool will let the 19-year-old leave.

The source says the Reds have held “lengthy discussions” with the player and his representatives and decided he should move on to earn regular game time.

As for Larouci’s next club, Liverpool have reportedly held initial discussions with Leeds and Brentford. Indeed, the Championship duo are the most likely at this stage to sign him.

Liverpool’s key demand for the sale will reportedly be to earn a solid fee for the France youth international.

They will also try to include buy-back and sell-on clauses and performance-related addd-ons.

Larouci was initially on the bench for the FA Cup third-round win over Everton. However, injury to James Milner gave him his first opportunity in a Reds shirt. 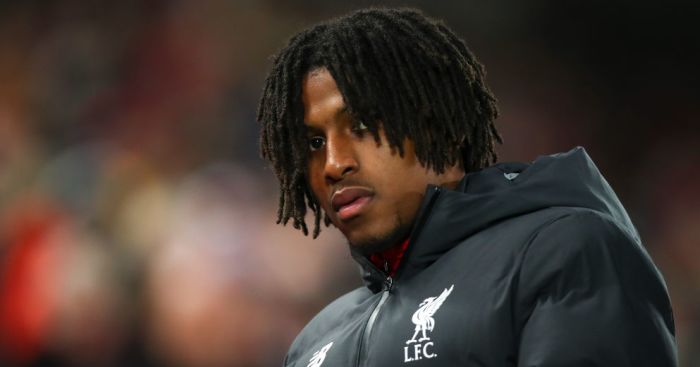 Liverpool are happy to stand aside and let Larouci leave, a decision which will hamper their options at left-back.

The Reds do not have a recognised deputy for Andy Robertson, with James Milner the go-to stand-in. Should Milner be unavailable, Joe Gomez has played there and Neco Williams featured in the role at Brighton this month. 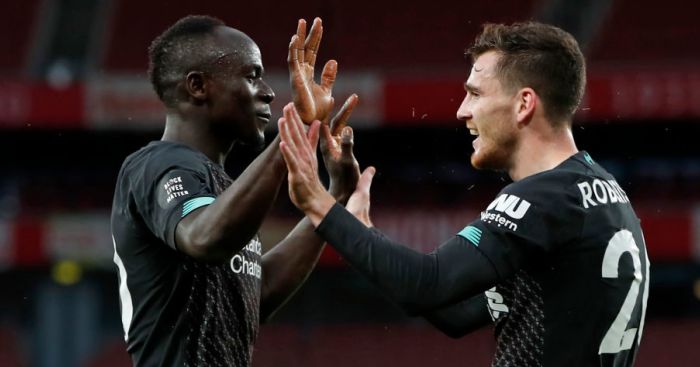 Elsewhere, Graeme Souness has hit out at a number of Liverpool players after their 2-1 defeat to Arsenal.

Liverpool’s biggest recent signings – Virgil van Dijk and Alisson Becker – were both at fault as the Gunners claimed an unlikely win at The Emirates.

However, the pair were a number of Klopp’s men who lacked intensity throughout.

And Souness claimed the players were “in their armchairs” after wrapping up the Premier League title last month.

Tennis resumes in Palermo under strict rules Tour-level tennis resumed after a five-month enforced break, and players at the Palermo Ladies Open had to handle their own towels and not shake hands.

Chris Smalling ‘gutted’ as he returns to Manchester United from Roma loan spell Will Ole keep hold of the defender this summer?

Can Mark Allen win the World Snooker Championship? O’Sullivan and Hendry discuss Can the Pistol finally fire in Sheffield?

Wilfried Zaha could leave Crystal Palace for as little as £30million Arsenal wanted him last summer.

Schroder leaves NBA campus for family matter Oklahoma City guard Dennis Schroder has left the NBA campus in Orlando to be with his family for the birth of his second child, coach Billy Donovan confirmed to reporters on Monday.

Chelsea transfer round-up: N'Golo Kante up for sale, Willian's future decision Chelsea are prepared to listen to offers for N'Golo Kante this summer as they consider offloading the Frenchman while Willian's time at Stamford Bridge could yet be extended