In the United States - President Trump has predicted a surging number of deaths - as his surgeon general warned this would be "the hardest and the saddest week of most Americans' lives", calling it a 'Pearl Harbour moment'.
channel 4 - 9 minutes ago

Following social distancing rules is "mission critical", the Health secretary Matt Hancock has said - warning those flouting the rules were risking their own lives, and the lives of others.
channel 4 - 14 minutes ago

The new Labour leader, Sir Keir Starmer has pledged to work with Boris Johnson "in the national interest" through the coronavirus crisis, saying he would support the Government if they decided to ban outdoor exercise.
channel 4 - 14 minutes ago

The United States government has revealed its contempt for human compassion and global solidarity by refusing to lift draconian sanctions on Iran and Venezuela during the Covid-19 crisis, director Oliver Stone has argued.
rt - 13 hours ago

Touting the anti-malaria drug hydroxychloroquine as a potential cure for Covid-19 and saying he would take it himself despite the risks, US President Donald Trump has urged PM Narendra Modi to lift a ban on its exports from India.
rt - 15 hours ago
LOAD MORE NEWS

Coronavirus forced Chinese food delivery to evolve. Will it do the same in the US? 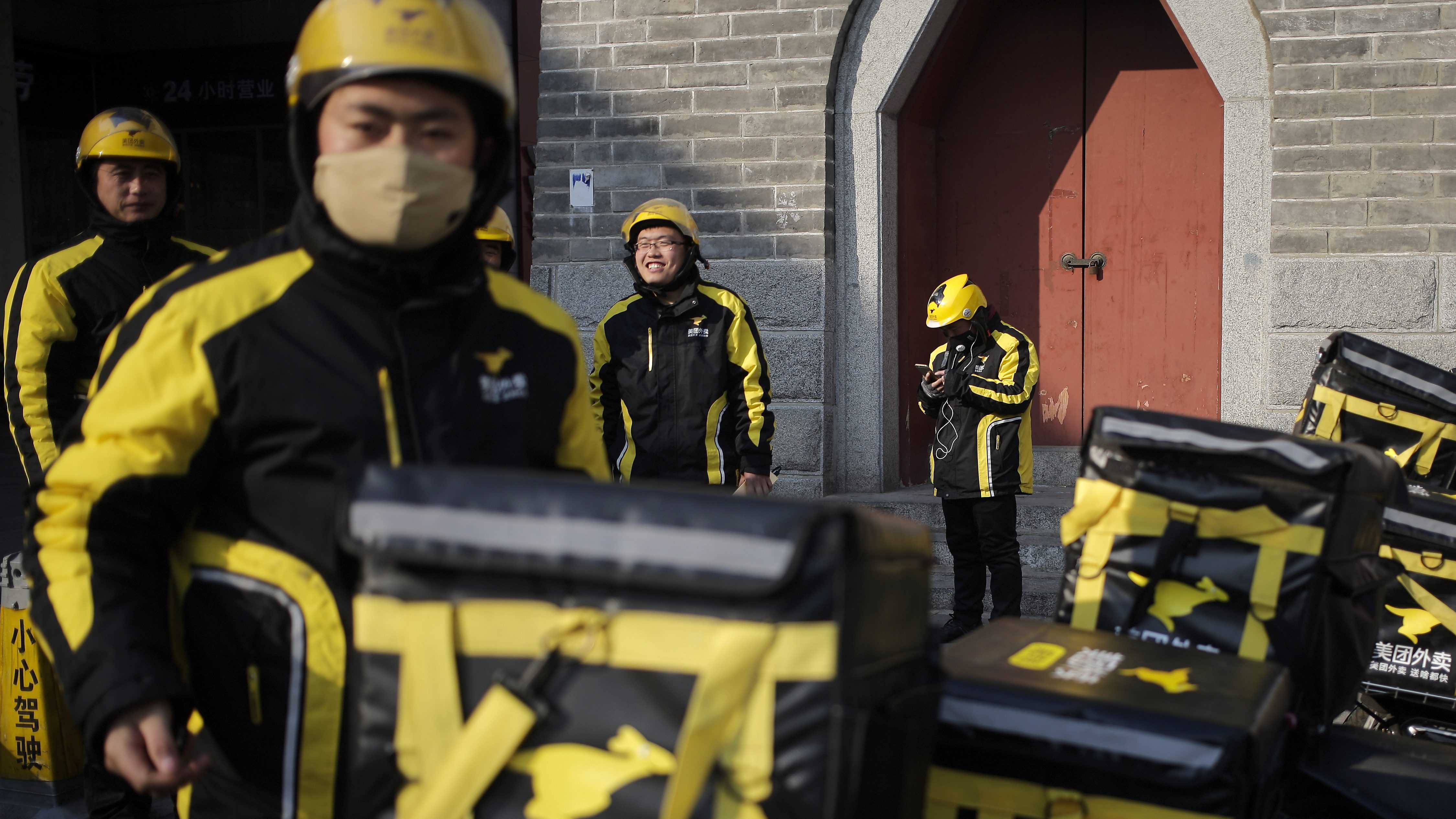 Matt Maloney says he wipes down his airplane seat with disinfectant every time he flies these days.

Maloney, the CEO of food delivery company GrubHub, is exercising the same brand of caution as he watches Covid-19, the disease caused by a novel coronavirus, spread across the globe. And he has every reason to be alertwhat we know about the virus makes it an acute challenge for any company in the food delivery business.

Covid-19 is believed to have originated in a food market, and it appears adept at traveling on surfaces with lots of human contact. If China’s experience can serve as an example, the disease will continue to create opportunities and pitfalls for food delivery companies.

During the spread of a virus, there is an argument to be made that setting up a careful food delivery system is better than having infected people going into public places, or non-infected people unnecessarily exposing themselves to possible infection. And that’s where’s app-based food delivery can make a big difference.

Meituan, one of the biggest food delivery companies in China, told Business Insider it is receiving four times the number of orders it got during the same period last year. And while food delivery in China is generally used by people who eat alone, the company noted a big increase in orders meant for more than one person.

Business has increased so much for Meituan that it said it experienced a shortage of food couriers, a problem that was partially solved by using unmanned delivery vehicles that delivered to central locations. This, of course, does not prevent someone from being potentially exposed to the virus, as it can live on surfaces, and presumably other consumers will go to the central location, as well.

Meituan and other delivery companies have had to learn on their feet. As orders for meals decreased, they have adapted to delivering more groceries instead. And customers were seeking as little contact with couriers as possible, driving up the demand for contactless delivery. To avoid the risk of interacting with a person face-to-face, Meituan for the first time ever has loaded driverless vehicles with parcels to deliver to stations for pick-up. Customer concerns over contact also drove the development of safety policies, including wearing gloves and masks, disinfecting delivery bikes, and keeping distance from other deliverers while on the road.

US companies have watched from afar as the situation has unfolded in China, taking note of how businesses have responded. Now, as the US confirms its first community-spread case in Northern California, they face the challenge of translating that information into a plan for their own operations.

“It is very hard to draw analogies from China to the US because it is a completely different market,” Maloney said this week on CNBC. “The density [in China] is outrageous whereas in the [US] it’s a different system of delivery and restaurants.”

In general, in big Chinese cities the population is so dense that courier can deliver many orders to a single location. Compare that to New York, where the sprawl of the city means couriers may often deliver just one package to a single apartment building and then move along to the next.

“I would be very cautious to draw parallels,” Maloney said.

So while he’s watching and waiting, Maloney says it’s still business as usual for GrubHub. When something happens, his company “will be all over it.” Uber Eats says it’s waiting, too. A spokeswoman for the company, Meghan Casserly, pointed to the Uber Eats safety section on its website, which advises deliverers to follow regulatory guidance and not expose food to the elements.

“Uber is not a healthcare expert and follows the guidance of local public health organizations,” Casserly said. “We are monitoring the situation and take action based on their recommendations.”

Another competitor, DoorDash, did not respond to a request for comment, even as it chose this moment to announce it wants to go public.

If the US companies have developed a game plan after watching what happened in China, their public statements indicate they’ll be taking a reactionary approach to the spread of the virus.