A monument to Soviet Marshal Ivan Konev, who commanded the forces that liberated Prague from the Nazis in 1945, has been removed and mocked for ‘not having a mask’ by one local official, in what Russia has condemned as an insult.
rt - 2 hours ago

If scientists can solve the universe’s toughest problems over video chat, you can too.
quartz - 2 hours ago

The Tangalooma Island Resort is currently empty due to the collapse of tourism during the pandemic.
vice - 2 hours ago

The left-wing Corbyn was the most unothordox Labour party leader yet—and one of its most consequential.
quartz - 2 hours ago

The father died as a result of the fire.
metro - 2 hours ago

"Lean on Me" captures both the grief that comes with painful periods and the beauty of being supported, and giving support in kind.
quartz - 3 hours ago

With Covid-19 infections climbing, Washington has diverted shipments of vital protective masks from its allies in Germany and Canada to the US. A Berlin senator described the move as “modern piracy.”
rt - 3 hours ago

Thousands of British citizens remain stranded abroad, and are still battling to make their way back to the UK as lockdowns continue across the globe.
channel 4 - 3 hours ago

When every council in England was told to give rough sleepers a roof over their heads to protect them from the spread of Covid-19, it was welcomed.
channel 4 - 3 hours ago

Today the exam regulator in England said GCSE and A-Level grades would be awarded based on mock exam results, teacher assessments and coursework.
channel 4 - 3 hours ago

A critical care consultant in the Royal Gwent Hospital in Newport is urging the public to keep listening to government advice.
channel 4 - 3 hours ago

For the family of the youngest victim, yet more pain as 13-year-old Ismail Mohamed Abdulwahab's mother was forced to stay away from his funeral.
channel 4 - 4 hours ago

Debenhams is expected to become the latest high-profile business casualty of the coronavirus crisis.
channel 4 - 4 hours ago

US health authorities may soon recommend that everyone wear masks. Where are they going to come from?
quartz - 4 hours ago

"South Africa had to carry the burden initially of confirming the tests of a number of surrounding countries."
quartz - 4 hours ago

No, they can't just give you a credit voucher.
quartz - 4 hours ago
LOAD MORE NEWS 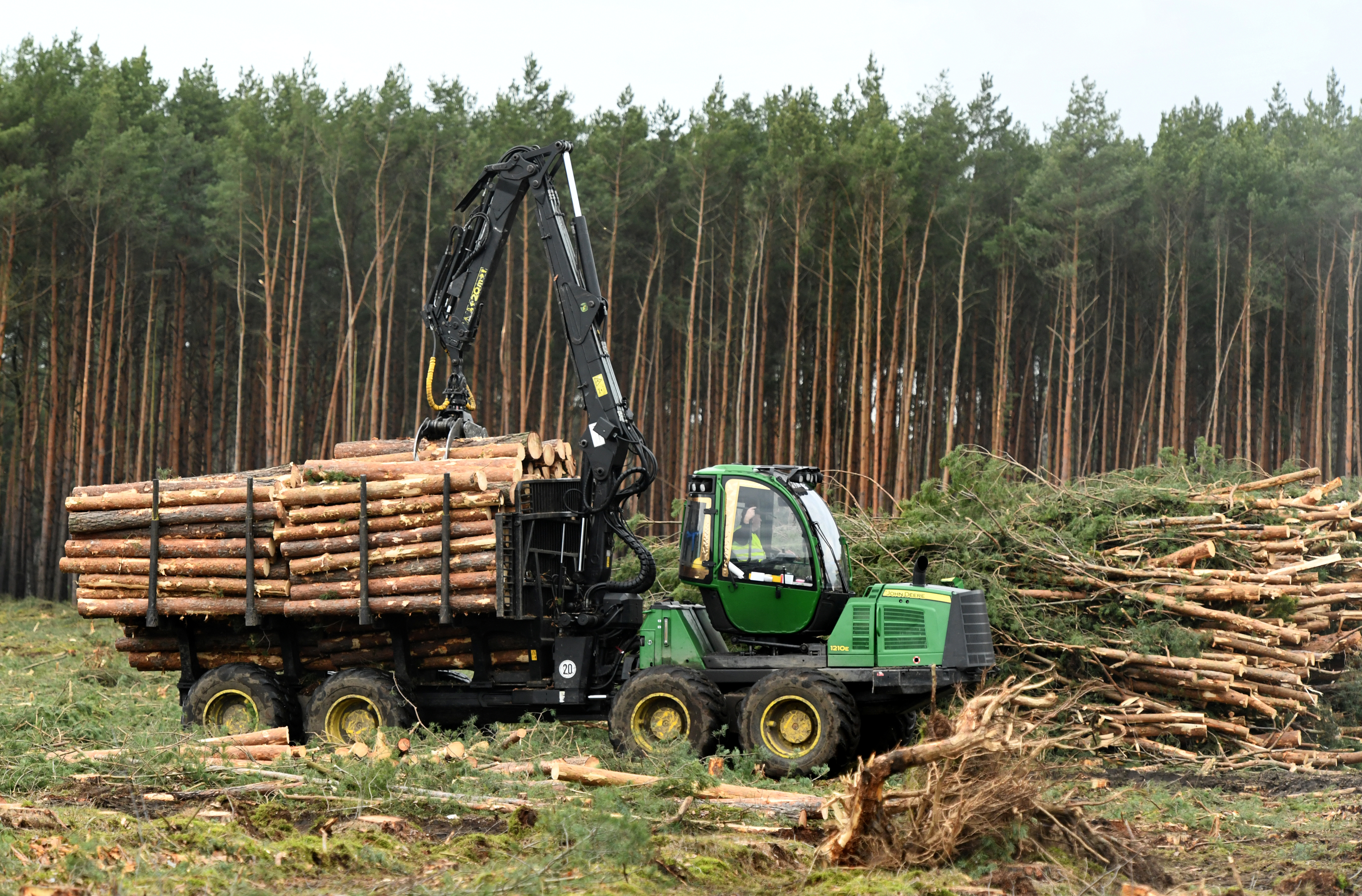 Despite environmental protests, Tesla, with its eco-friendly credentials and solar-loving CEO Elon Musk, was given clearance this week to plow down a forest near Berlin for its next Gigafactory. Yesterday we learned that the tree removal is proceeding nicely.

In November, the electric-car maker announced plans to build a Gigafactory in Gruenheide in the eastern state of Brandenburg that surrounds Berlin. It would bring 12,000 jobs and was lauded as a vote of confidence in Germany.

But hundreds of demonstrators protested over what they say is a threat to the local environment, eventually getting a temporary halt to the project. This week, a court rejected environmentalists efforts to stop the land clearing, with a ruling that was final.

Yesterday, activists calling themselves the tree pirates (motto: Up with the trees, down with capitalism) said it had been occupying the forest to prevent the US company from following through with its plans.

While Tesla sees itself as environmentally friendly and the future of vehicles, the environmental group has a different take, saying in a statement yesterday, “The factory is here mainly to build sports utility vehicles. Snob cars which kill people.

As Tesla continues to expand its fleet of electric cars, this will be its first European car and battery factory. It has other large production facilities in California and China.

Trump rips CBS reporter over question on Kushner stockpile remarks: 'You ought to be ashamed of yourself' President Trump had a tense exchange with CBS News White House correspondent Weijia Jiang during Friday's White House coronavirus task force briefing over a question regarding remarks made Thursday by White House senior adviser Jared Kushner.

Coronavirus: The challenges India faces in its battle against the virus With cases rising and the virus hitting congested slums, the country's healthcare system is struggling.