A monument to Soviet Marshal Ivan Konev, who commanded the forces that liberated Prague from the Nazis in 1945, has been removed and mocked for ‘not having a mask’ by one local official, in what Russia has condemned as an insult.
rt - 1 hour ago

If scientists can solve the universe’s toughest problems over video chat, you can too.
quartz - 1 hour ago

The Tangalooma Island Resort is currently empty due to the collapse of tourism during the pandemic.
vice - 1 hour ago

The left-wing Corbyn was the most unothordox Labour party leader yet—and one of its most consequential.
quartz - 1 hour ago

The father died as a result of the fire.
metro - 1 hour ago

"Lean on Me" captures both the grief that comes with painful periods and the beauty of being supported, and giving support in kind.
quartz - 2 hours ago

With Covid-19 infections climbing, Washington has diverted shipments of vital protective masks from its allies in Germany and Canada to the US. A Berlin senator described the move as “modern piracy.”
rt - 2 hours ago

Thousands of British citizens remain stranded abroad, and are still battling to make their way back to the UK as lockdowns continue across the globe.
channel 4 - 2 hours ago

When every council in England was told to give rough sleepers a roof over their heads to protect them from the spread of Covid-19, it was welcomed.
channel 4 - 2 hours ago

Today the exam regulator in England said GCSE and A-Level grades would be awarded based on mock exam results, teacher assessments and coursework.
channel 4 - 2 hours ago

A critical care consultant in the Royal Gwent Hospital in Newport is urging the public to keep listening to government advice.
channel 4 - 2 hours ago

For the family of the youngest victim, yet more pain as 13-year-old Ismail Mohamed Abdulwahab's mother was forced to stay away from his funeral.
channel 4 - 3 hours ago

Debenhams is expected to become the latest high-profile business casualty of the coronavirus crisis.
channel 4 - 3 hours ago

US health authorities may soon recommend that everyone wear masks. Where are they going to come from?
quartz - 3 hours ago

"South Africa had to carry the burden initially of confirming the tests of a number of surrounding countries."
quartz - 3 hours ago

No, they can't just give you a credit voucher.
quartz - 3 hours ago
LOAD MORE NEWS 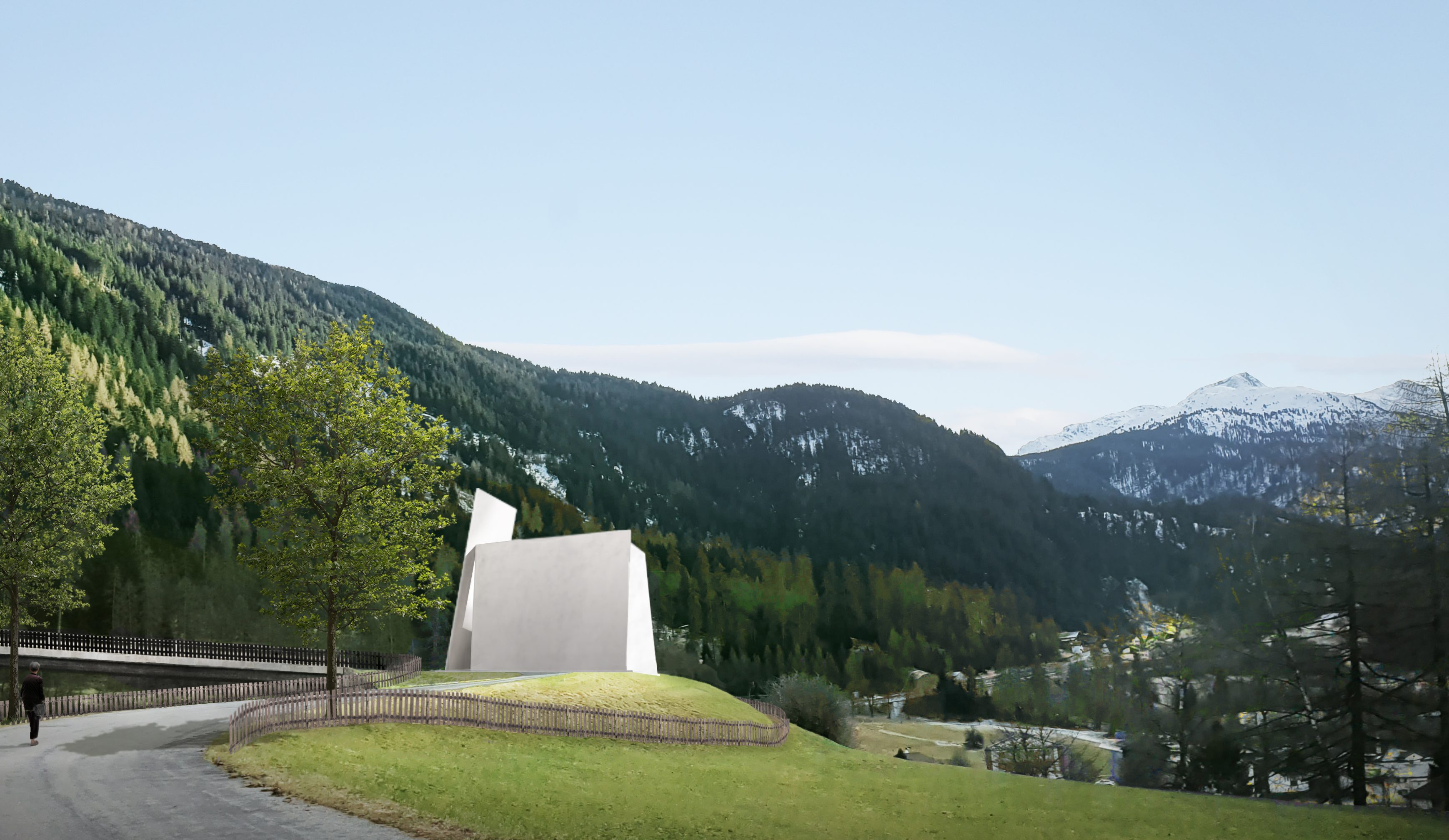 A different kind of rest area is being planned along Switzerland’s A14 highway. Near the town of Andeer will be the country’s first religious structure dedicated to travelers seeking a type of spiritual refueling.

Currently in the design stage, the striking roadside church (or autobahnkirche) is modeled after the 50 or so prayer pitstops throughout Germany. As church attendance continues to decline in Western Europe, new types of spaces for individual contemplation are gaining popularity, explains Jens Koehre, a pastor in Andeer.

In a phone interview with Quartz, Koehre says that about a million motorists visit Germany’s network of autobahnkirche each year, with the majority being men aged 40 to 60. “They’re driving, they’re thinking about their life, and these places give them a space to process their feelings and maybe release their emotions,” he explains.

Motorist churches are particularly attractive for their anonymity, according to Koehre. “It’s for people who don’t want to pray with a community. We need new spaces for this type of spirituality. We need spaces for people to pray on their own,” he says, noting that the chapel will be open to visitors of all faiths.

Koehre’s observation echoes recent statistics showing that more and more Swiss citizens are leaving Catholic and Reformed parishes. A 2019 Swiss Federal Statistics Office study suggests that over a quarter of the population say they don’t belong to any religious group. 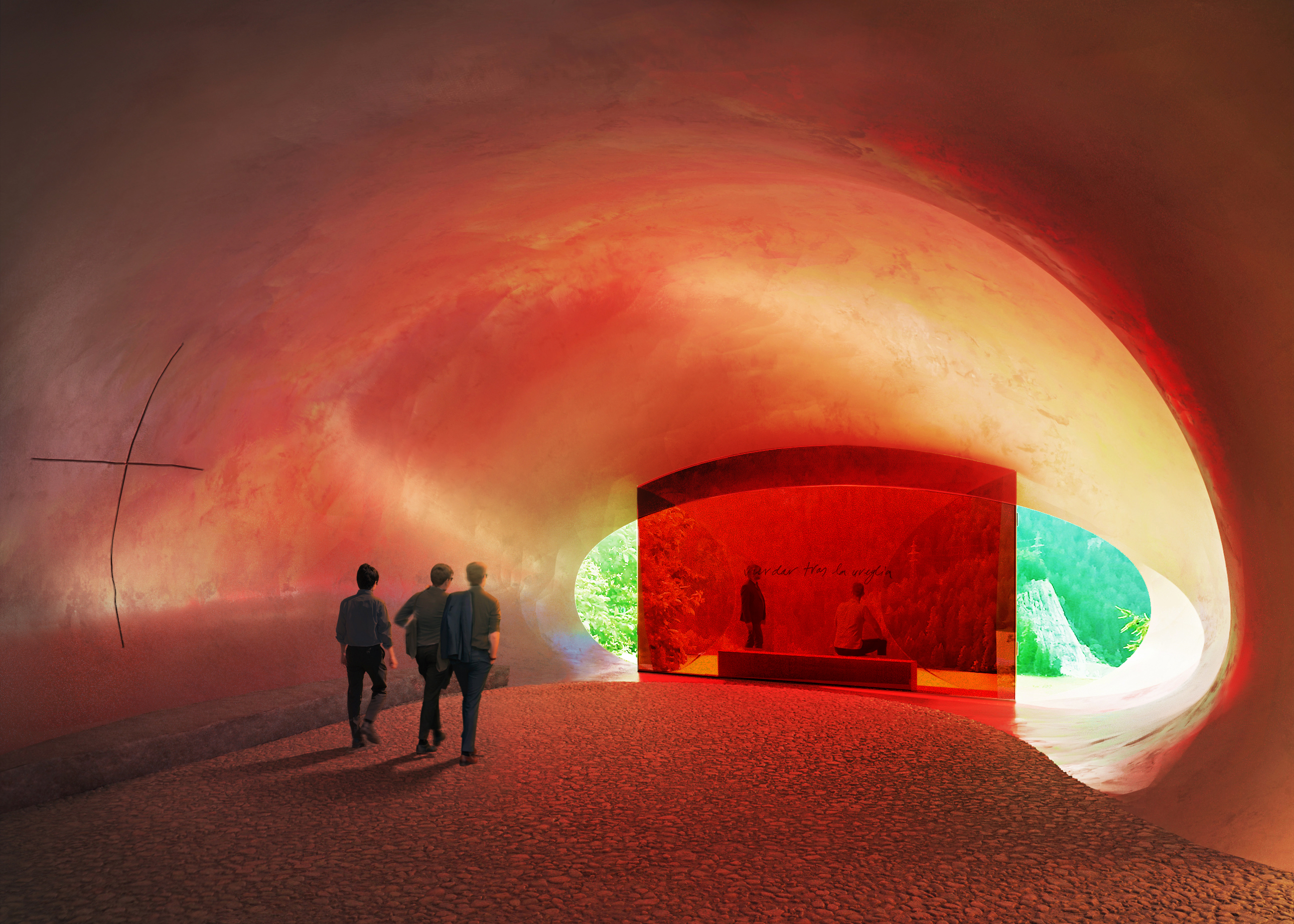 Collect yourself at the Andeer autobahnkirche.

The renderings reveal a 3,000 sq ft (258 sq m) minimalist building with a series of poetic subterranean chapels, as Herzog & de Meuron describes in a press statement:

The deeper you go, the weaker the sounds from the motorway and the stronger the sound of your own footsteps. Finally, when you reach the last room, strong daylight streams into the heart of the chapel and you see a panoramic view of the landscape, the village, and the lush green meadows and woods. Perception of the vegetation is heightened by the complementary red of a room-height pane of tinted glass. The sun, setting in the evening, shines through the red glass into this last portion of the chapel, which leads directly to the landscape outside.

Not all motorway chapels are this subdued, of course. Germany’s most visited religious roadside attractions is the kitschy, pyramid-shaped Autobahnkirche St. Christophorus in Baden-Baden. 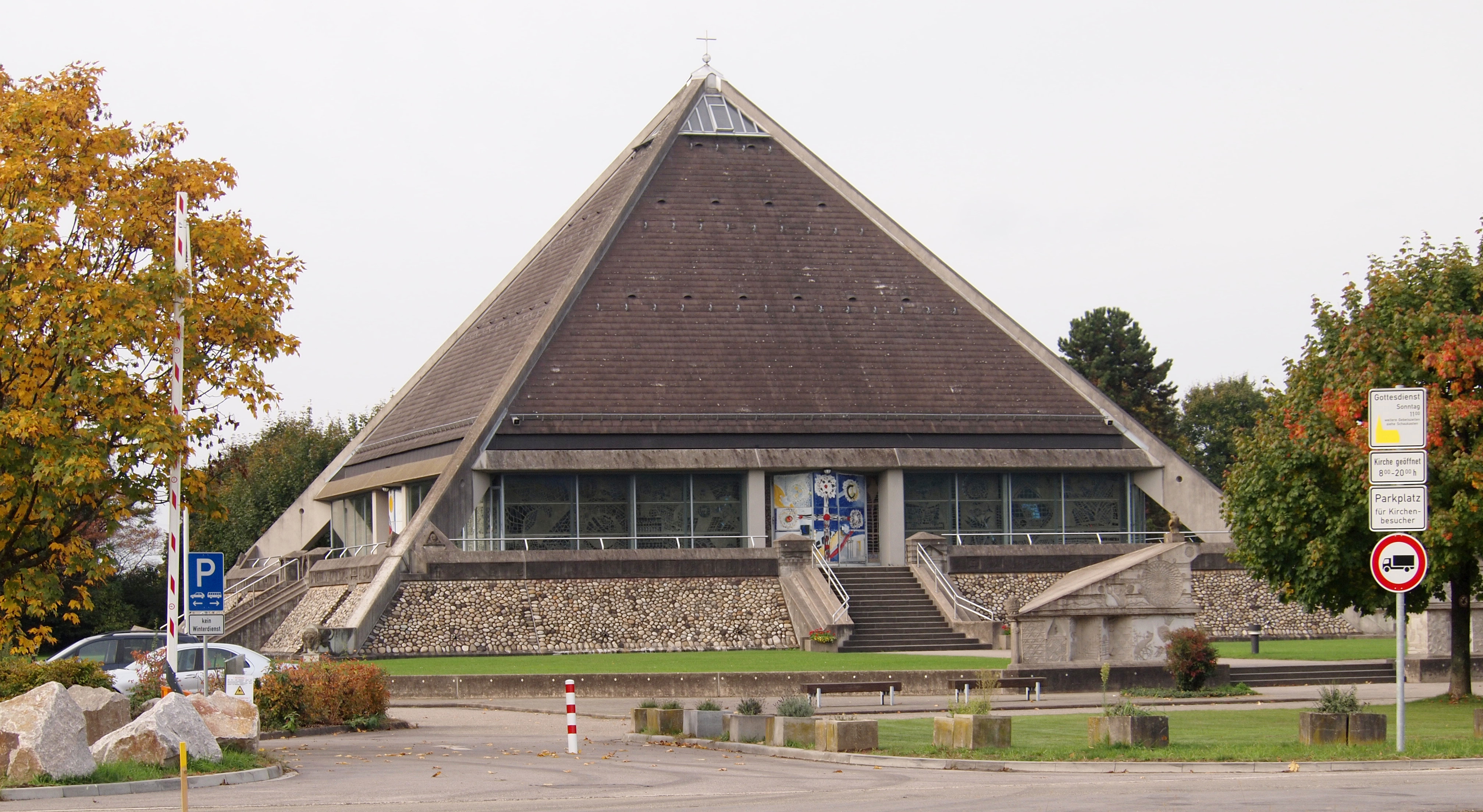 Amid coronavirus crisis, experts detect ‘dramatic’ hacks on the WHO and ‘negligent’ security precautions Since the coronavirus pandemic swept across the globe this year, the World Health Organization (WHO) has become the target of an array of cybersecurity attacks – but recent efforts to hack into the system have some cybersecurity experts especially concerned.

'Tiger King' star Joe Exotic says he's 'ashamed' of past behavior in prison interview Joe Exotic, the now-infamous subject of Netflix’s latest viral sensation “Tiger King: Murder, Mayhem and Madness,” has spoken out for the first time since the docuseries swept over the country.

Pet adoptions, fostering spike amid coronavirus restrictions The Coronavirus pandemic is proving that man is turning to his best friend in a time of loneliness.