A rocket carrying the Shenzhou-12 spacecraft with three Chinese astronauts on board has blasted off from China’s Inner Mongolia in a historic launch that is critical for the completion of the country’s own space station.
rt - 1 hour ago

Praised just recently as “hope for the unvaccinated world,” a Covid-19 vaccine developed by Germany’s CureVac is only 47% effective against the coronavirus. As its stock collapsed, the company blamed new virus variants.
rt - 3 hours ago

The smell of sewage that 'permeated' into Maxwell's cell was so terrible that she had to move to another cell, the complaint
metro - 5 hours ago

The adorable hazel dormouse is celebrating a big milestone

Efforts are underway to save to save the tiny threatened mammals.
metro - 5 hours ago

The president of the European Commission has announced the body is looking into whether Hungary’s ban on the sharing of homosexual and transgender content to those under 18 years of age is a breach of EU law.
rt - 8 hours ago

Most Germans say freedom of speech is in jeopardy, many name Islam and patriotism among topics they cannot speak freely about

A majority of German citizens believe that freedom of expression is in danger, the latest poll shows. ‘Patriotism’ and Islam were named among topics one should be particularly careful about.
rt - 8 hours ago

A toxic mix of power and sexual exploitation: the lead singer of alternative rock band Garbage, Shirley Manson, claims the music industry is riddled with sexism, misogyny and abuse.
channel 4 - 8 hours ago

India has begun lifting some Covid restrictions, despite struggling with a devastating second wave of the pandemic, as the number of new cases continues to fall.
channel 4 - 8 hours ago

What life is like for migrants who arrive on UK shores

New figures show that more than 5,000 people have tried to cross the Channel so far this year, over 100 of them yesterday alone, picked up by Border Force officials as they attempted the dangerous journey to UK shores.
channel 4 - 8 hours ago

Italian police have diffused a car bomb near the Stadio Olimpico in Rome, which was discovered ahead of the Euro 2020 football match between Italy and Switzerland. The city’s mayor said the device was found in an official’s car.
rt - 9 hours ago

A routine fire inspection has led to massive riots in the German capital as left-wing radicals protested a fire inspector’s visit to a Berlin squat. At least 60 police officers have been injured in the violent confrontation.
rt - 9 hours ago

In Iran nuclear talks ‘time not on anyone’s side,’ France says as ‘significant disagreements’ remain

Negotiators at talks to revive the Iran nuclear deal in Vienna have still not come to an agreement on the trickiest issues, the French Foreign Ministry has said, warning that time to reach a deal is running out.
rt - 9 hours ago

More than half of voters who cast a ballot for Donald Trump in 2020 believe that ongoing audits in Republican-controlled states will change the results of the 2020 election, according to a new poll.
vice - 11 hours ago

Iremamber Sykap, 16, was shot and killed after a high speed chase with Honolulu police on April 5.
vice - 11 hours ago

At the same time the third wave of severe Covid cases is likely to peak in hospitals, in early August, NHS leaders are also predicting a national wave of Respiratory Syncytial Virus or RSV infections.
channel 4 - 11 hours ago

After the alleged assault, Airbnb got the woman a hotel, flew her home, and offered to cover health care and counseling.
vice - 12 hours ago

A report from the UN Security Council (UNSC) Counter-Terrorism Committee (CTC) has warned that the Covid pandemic likely increased factors that contribute to terrorism, despite not finding clear signs of increased violence.
rt - 12 hours ago

As thousands suffer from black, white and yellow fungus in India, doctors are now worried that another infection, dubbed “green,” has been added to the list of post-Covid complications for patients.
rt - 13 hours ago

Prime Minister Prayuth Chan-ocha has announced that Thailand will reopen to visitors within the next four months, as the nation seeks to find a way to lift an economy badly damaged by the Covid-19 pandemic.
rt - 14 hours ago 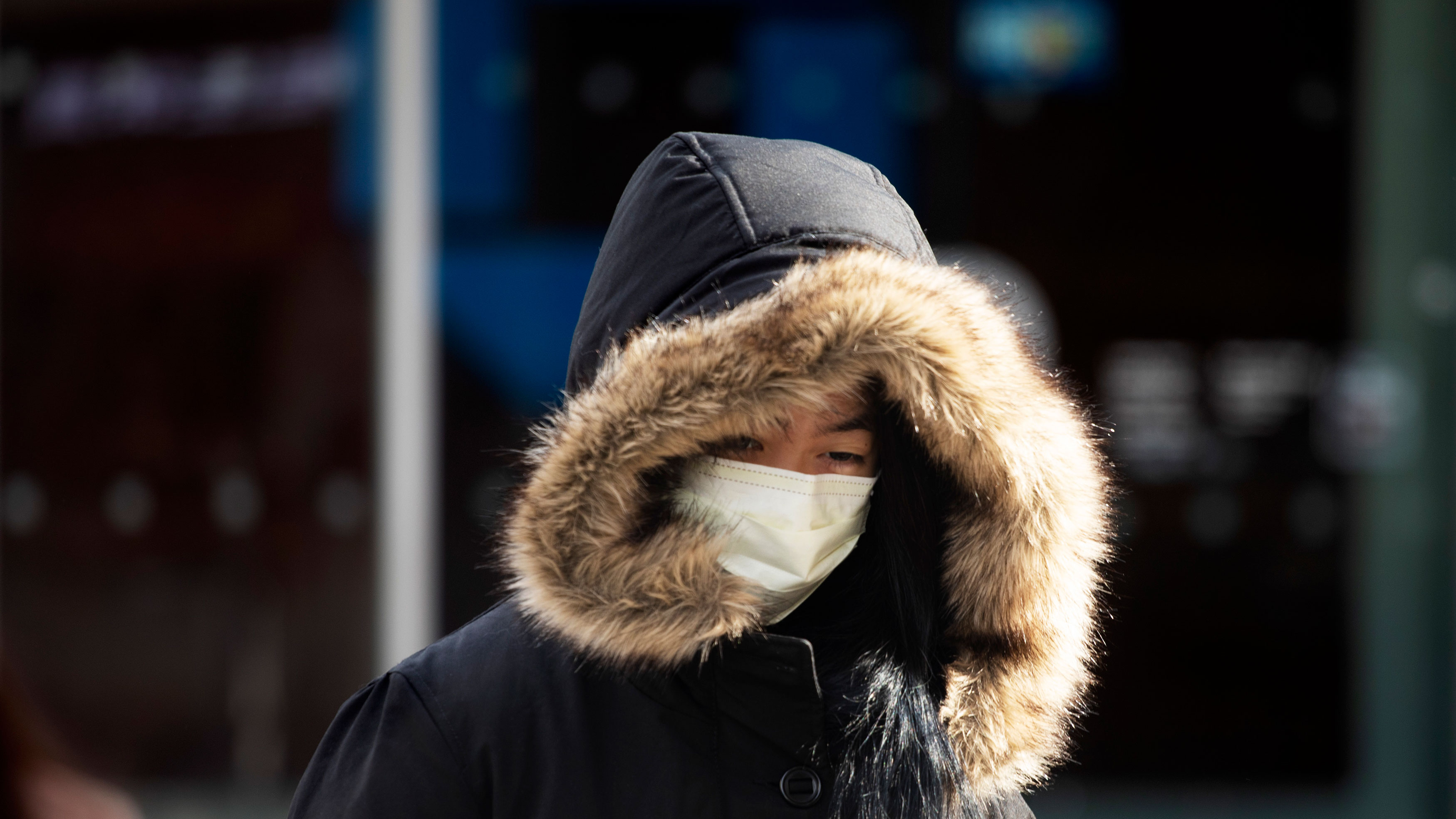 China has been praised by the WHO for being transparent and collaborative in taking on the outbreak of the novel coronavirus in Wuhan. They’ve been sharing information about the virus, now known as Covid-19, with the international community since late December when Wuhan reported the first cluster of patients carrying an unknown pneumonia virus. Chinese scientists figured out the genetic sequence of the new virus on Jan. 12, less than two weeks into the research.

The everyday people of China, however, didn’t know any of this. Inside China, government officials downplayed the severity of the virus and tightly controlled information related to it including its ability to transmit from person to person, the number of people infected, and the circumstances around the death of Dr. Li Wenliang, a whistleblower.

Heres how the coronavirus narrative pushed by Chinese authorities changed during outbreak:

The delayed information disclosure by the government combined with the population migration during the lunar new year caused the virus to spread quickly all over China. By Feb. 13, 1,383 have died from the virus around the world, and all except three took place within mainland China. On the same day, Beijing replaced the top officials of Wuhan and Hubei province with new party officials to contain the outbreak.

With canceled conferences, suspended flights, and closed factories, the extent of the virus has now raised fears that it could ignite a global economic slow down.

Where will Prince Philip be buried, will he have a state funeral and where are other royals buried? The Duke of Edinburgh may have a low-key ceremony.

Myanmar security forces blamed for burning down village in Magway The blaze at Kin Ma, a village of about 800 people, left an estimated 200 homes reduced into piles of ash and bricks.

Biden warns Russia over cyber attacks, says Putin doesn't want cold war – video Joe Biden warned Russian president Vladimir Putin that the US has significant cyber capability as he looked to pressure his counterpart over cyberattacks. The US leader says Putin wasn't seeking to intensify confrontation with the west after the two held "good and positive" talks. "I think that the last thing he wants now is a Cold War,” Biden saidBiden warns US will hit back if Russia continues with cyber strikes Continue reading...

Why what's happening in Ethiopia matters for Africa Famine conditions and insecurity in Tigray as well as upcoming elections affect the future of Ethiopia.

Tucker Carlson: The mayor of Chicago is demented, she needs help Tucker Carlson discusses Chicago mayor Lori Lightfoot's failure to protect the city and her poor treatment of her staff.

Biden no match for Putin after US President 'fails the test' and offers 'gift to killer' JOE BIDEN is "failing" to step up to Vladimir Putin, according to a human rights expert.

NSW Covid update: Sydney’s eastern suburbs cluster grows as Qld asks residents to reconsider travel A driver who transported flight crew has been diagnosed with the Delta coronavirus variant and was not vaccinatedNSW Covid hotspots and map; Victoria exposure sites; Qld hotspots listNew South Wales has recorded a third Covid case connected to the eastern suburbs cluster, as the premier, Gladys Berejiklian, told residents to be on “high alert” but did not announce any new restrictions.The latest Sydney outbreak was first discovered on Wednesday, when a limousine driver who transported flight crew tested positive. The driver had not been vaccinated, despite being a frontline worker. Continue reading...

US poised to make Juneteenth a federal holiday The commemoration marks when news of the Emancipation Proclamation reached Texas on 19 June 1865, ending slaveryThe United States will soon have a new federal holiday commemorating the end of slavery in the nation.Congress has approved a bill that would make Juneteenth, or 19 June, a holiday – a bill Joe Biden is expected to sign into law. Continue reading...