The dog ripped the cow's tongue out.
metro - 4 hours ago

Around 16 people in every million are dying from the virus, new data has revealed.
metro - 5 hours ago

China, other governments and the WHO itself didn't act fast and decisively enough against the novel coronavirus, allowing it to become a pandemic, an interim report by an independent WHO panel on the handling of the crisis states.
rt - 5 hours ago

A Russian judge has imprisoned the opposition leader Alexei Navalny for 30 days. The hearing took place not in court, but a police station, with Navalny’s lawyer given barely any notice. The UK and other European countries are understood to be weighing possible further sanctions.
channel 4 - 5 hours ago

In just over 40 hours, on Wednesday early morning, President Trump will leave the White House to fly to West Palm Beach in Florida, skipping the inauguration ceremony of his successor – the first outgoing President to do so since Andrew Johnson in 1869.  If there has been an element of continuity in Trump’s presidency,…
channel 4 - 5 hours ago

In the last few minutes MPs have voted to support the extension of the temporary £20 a week increase in universal credit.
channel 4 - 5 hours ago

With a new incoming President in the White House, that is also going to mean a new US ambassador in the United Kingdom. Like Donald Trump, the man who’s been in charge of the embassy for the past three years has proved to be a controversial figure. The former deputy chief of mission at the…
channel 4 - 5 hours ago

There is a vaccine story in Washington too – 30 million doses delivered so far, but only 12 million have ended up in people’s arms. President-elect Biden intends to change that quickly. Today, he visited a food bank as Americans celebrate the birth of Martin Luther King Jr. King was assassinated and there are fears of similar…
channel 4 - 5 hours ago

ore than four million people have had a first dose and from today the over-70s in England are being offered jabs.
channel 4 - 6 hours ago

Although vaccination numbers are rising sharply, hospitals remain under intense pressure. The number of patients with coronavirus in UK hospitals is the highest that it's been throughout the pandemic.
channel 4 - 6 hours ago

Police in Guatemala have started breaking up a caravan of hundreds of mostly Honduran migrants who had camped on a street while trying to reach the US, after their journey was halted by officials, migration authorities have said.
rt - 6 hours ago

In a milestone breakthrough, astronomers have discovered the oldest supermassive black hole ever seen. The extraordinary find dates back to the early days of the universe and fuels the most distant quasar yet known.
rt - 8 hours ago

Health officials in the Chinese province of Hebei will review hundreds of thousands of Covid-19 tests carried out by third-party agencies after it was revealed that one laboratory allegedly hid positive cases of the disease.
rt - 8 hours ago

The FBI is reportedly concerned about National Guard troops with far-right and extremist views and affiliations.
vice - 9 hours ago

The Boeing 737 MAX aircraft is set to return to service in Canada following a flight ban of almost two years, which was imposed after crashes that killed hundreds of people, the country's transport regulator said on Monday.
rt - 9 hours ago

Opposition politicians in India have called for an investigation into a potential national security leak after a TV anchor’s messages showed he had prior knowledge of airstrikes launched against Pakistan in February 2019.
rt - 10 hours ago

Iran’s most senior general has ridiculed the US after American armed forces and the national guard were brought in to protect Washington from any further violence during the week of Joe Biden’s inauguration as president.
rt - 10 hours ago

The German government is considering the extension of the country's lockdown into February following the detection of new variants of Covid-19 and persistently high numbers of infections.
rt - 10 hours ago 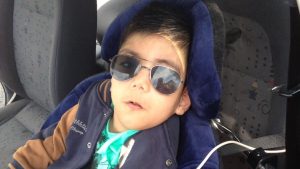 The parents of a ten-year-old boy, believed to be one of the youngest victims of Covid-19 in the UK, have spoken to Channel 4 News about their devastation.

Fehzan Jamil from Bradford was laid to rest yesterday after contracting the disease and dying in hospital. Fehzan had a number of underlying health issues.

In an interview to be broadcast tonight (Tuesday), his parents, Tayyaba and Mohammed, told Channel 4 News that Fehzan was a happy, cheerful boy who was always smiling, despite his health problems, He was a really brave fighter, he was a soldier.

His father Mohammed said There were four of us, now there are only three.  The pain is indescribable.

The family had tried to shield Fehzan as best they could, knowing that his health issues made him vulnerable.

We tried to keep Fehzan at home as much as possible. And nobody came into the house without a mask. We tried our best to keep him safe, but somehow Covid got to him.

Fehzan had been treated for many years at Bradford Royal Infirmary and the family have nothing but praise for the care he received.

His mother told Channel 4 News: All of the staff were very good to us. They have known Fehzan for many years now and have always looked after him. They let us be beside him when he died. It meant a lot.

At first, when Fehzan went into hospital, the family werent too worried, because they were used to his hospital trips. But this time turned out different, he never came home. Covid took him from us Mohammed said.

Fehzan is believed to be one of the youngest victims of the pandemic. A 13-day-old baby died on June 18th and an 11-year-old boy died in April.

Watch the full interview on Channel 4 News at 7pm.

Biden says travel bans will stay despite Trump order The US president-elect dismisses a White House order lifting entry bans for much of Europe and Brazil.

Padres acquiring SD native Musgrove from Pirates The San Diego Padres are adding yet another pitcher to their rotation, agreeing to bring right-hander Joe Musgrove to his hometown team in a trade with the Pittsburgh Pirates, according to a person familiar with the deal.

‘I was so scared’: Guatemalan forces disperse migrant caravan Honduran migrants and asylum seekers say they are fleeing hurricane devastation, unemployment and violence.

If Kim Jong Un destroyed North Korea's economy to keep Covid-19 out, will sanctions stop him from pursuing nuclear weapons? After arguably the most challenging year of his near-decade rule of North Korea, Kim Jong Un is sticking to his guns.

Activist-Minister warms to a new environment: ‘It’s really welcome pressure’ Ex-chief of Friends of the Earth Ireland now responds to complaints instead of making them

Biden shoots down Trump decision to lift UK, Brazil and EU travel bans as new Covid variants surge ‘This is not the time to be lifting restrictions on international travel,’ says Biden spokeswoman after outgoing president’s surprise announcement