Communities faced with flooding have been warned tonight that it could last for another 10 days.
channel 4 - 20 minutes ago

President Trump has laid into the media - accusing them of fuelling fears about the coronavirus and insisting his administration was doing a "great job".
channel 4 - 21 minutes ago

The coronavirus is spreading, with Pakistan being the latest to declare its first cases -  and so is fear of the unknown.
channel 4 - 25 minutes ago

Health Secretary Matt Hancock told MPs a wider public information campaign will be rolled out - insisting the government had a "clear plan to contain, delay, research and mitigate" the coronavirus outbreak.
channel 4 - 26 minutes ago

Exclusive: former youth footballer says he was trafficked as a child from Scottish to English football - where he was abused by paedophile Barry Bennell
channel 4 - 37 minutes ago

Under Bob Iger, Disney took over the world

Depending on whom you ask, Iger either turned Disney into the best brand on Earth or a monstrosity that monopolized culture.
quartz - 49 minutes ago

The growing list of world events canceled due to coronavirus

Fear over the spread of the disease has already disrupted schools and cruise ships. Now, it's coming for your social and professional calendar, too.
quartz - 1 hour ago

German Health Minister Jens Spahn has said that his country is facing a “coronavirus epidemic.” Since breaking out in northern Italy, the deadly COVID-19 virus has spread to more than a dozen European countries.
rt - 2 hours ago

He allegedly participated in a swatting campaign targeting politicians, a historically black church, and journalists.
vice - 2 hours ago

The reason: “deadheading,” the miles that ride-sharing drivers travel between trips with passengers.
vice - 3 hours ago

‘Violent criminal beheaded his grandmother and left her head in backyard’

Kenny McBride, 45, is charged with felony open murder and mutilation of a dead body.
metro - 3 hours ago

Incest pervert, 42, says he only had sex with close teen relative to ‘fulfill her fantasy’

Assange blasts court for preventing communication with lawyers, alleges legal team is being SPIED on

On the third day of his extradition hearing WikiLeaks founder Julian Assange has rebuked the court for preventing him from communicating with his legal team, saying his prosecutors have "100 times more contact hours each day.”
rt - 4 hours ago

A team of scientists at an American medical school have managed to cure diabetes in mice for up to nine months, after injecting the rodents with insulin-producing cells created from human stem cells.
rt - 6 hours ago

The Coronavirus Is Starting to Hit The U.S. Military

A 23-year-old soldier and a military spouse, both in South Korea, are infected with Covid-19.
vice - 6 hours ago

Or, at least, try to convince them not to vote for the other guys.
vice - 6 hours ago
LOAD MORE NEWS 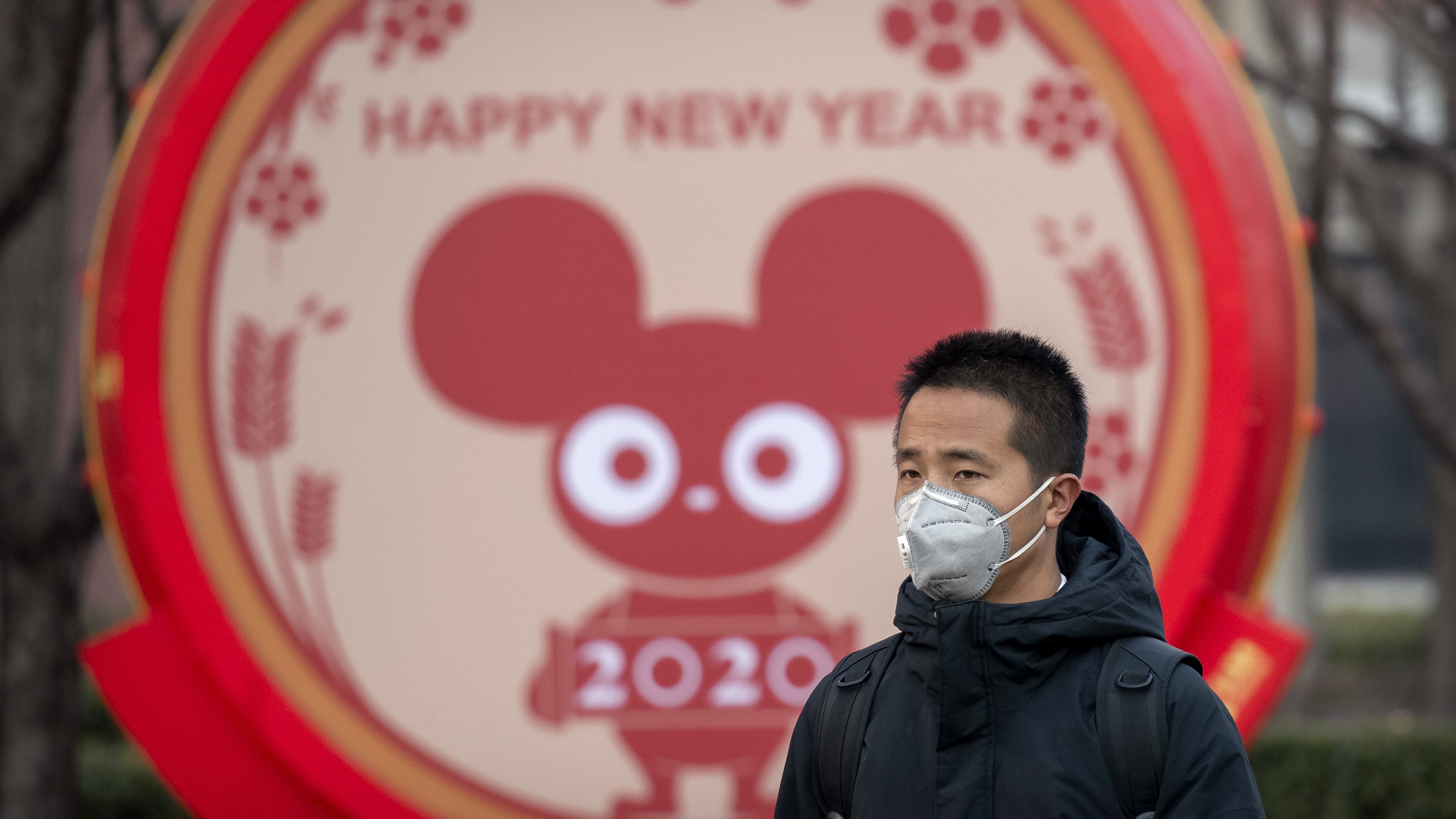 Strategy games about epidemics and war are going viral in China, just as it’s facing a real-life challenge of grappling with a fast-spreading new virus that has led to hundreds of infections and nine deaths.

Plague Inc. and Rebel Inc., both developed by British game studio Ndemic Creations, have seen a surge in downloads since Monday (Jan. 20), the day China announced that a new pneumonia-like illness had spread to cities outside Wuhan, the Chinese city where the outbreak began.

Plague Inc, which lets players evolve a pathogen to wipe out humanity, jumped from the fifth spot on Monday to top the charts among paid games on China’s iOS store as of Wednesday (Jan. 22), according to data provider Sensor Tower. Meanwhile, Rebel Inc., which requires users to stabilize a war-torn country and “win the hearts and minds of the people” while also trying to prevent a deadly insurgency from taking power, jumped from the 27th spot on Monday to fifth on Wednesday.

The popularity of the doomsday simulation games comes as worries have increased about the new coronavirus, a type of virus that can cause colds but also more serious respiratory illnesses, as it spread to more cities in China and more countries this week. The country’s health commission said on Wednesday authorities have confirmed more than 440 infections and nine deaths, a sharp increase from around 300 cases and six deaths reported a day before. Outside mainland China, the US, Thailand, Taiwan, Macau, Japan and South Korea have reported confirmed cases of the illness, which can be transmitted human-to-human.

On China’s Twitter-like Weibo platform, many joked darkly about the similarities between the games and the real situation. “The best way to get rid of fear is to face the fear itself,” wrote 17173, a Chinese game news site, commenting on Plague Inc.’s sudden rise in popularity. Some users said that in order to have a more immersive experience, they chose China as the origin country that exports the virus to other regions in the game. Others felt especially connected to the fake news scenario in Plague that allows players to use modern technology and psychological tricks to spread misinformation about the virus.

“This scenario feels so real,” said a user. There has already been a strong online backlash against Chinese authorities over their handling of the disease, with some people complaining that information updates are not coming quickly enough, and others criticizing the Wuhan government for having a slow response initially.

The public distrust in authorities can be traced back to 2003, and the SARS epidemic, a deadly coronavirus that also originated China and killed close to 800 people in the region. Beijing was at the time accused of covering up information in the early stages and being slow to report cases to the World Health Organization. While China is now in the age of social media, which allow for online updates from municipalities and internet discussions of the virus, China’s strict online censorship regime (paywall) continues to fuel suspicion about the government.

A leading Chinese infectious diseases expert known for his role in combatting SARS, however, says China is being transparent, while a top Chinese political body has warned officials that if they dare to suppress information this time they would be “nailed on the pillar of shame for eternity.”

Disney World asks workers who traveled to Italy to stay home over coronavirus concerns The handful of workers had returned from a trip to Italy.

High school student flooded with letters of support after being denied Christian club on campus Daniela Barca told Fox News that she wanted to start the club because "sometimes it feels like it's just me" as a young Christ follower.

Pit bull puppy rescued after falling down 15-foot well in Connecticut, video shows A pit bull puppy was rescued from the bottom of a well Monday after two men heard the dog’s cries coming from the 15-foot hole in the ground, authorities in Connecticut said.

Bloomberg ad slams Trump's handling of coronavirus outbreak The Bloomberg campaign released on an ad on Wednesday highlighting the former New York City mayor’s crisis management skills amid concerns about the growing threat of the coronavirus in the United States.

Pakistan confirms first two cases of coronavirus Pakistan has detected its first two cases of novel coronavirus, a public health advisor to Prime Minister Imran Khan tweeted Wednesday, days after Islamabad closed its land border with Iran, where 19 people have died from the virus. Both cases are being taken care of according to clinical standard protocols & both of them are stable.

Trump administration erects billboards in Central America telling would-be illegal immigrants to turn back The State Department is stepping up an advertising campaign in Central America to warn would-be migrants against illegally traveling to the United States, Fox News has learned.

Taco Bell customer reportedly shot at drive-thru after she was refused service: ‘She wanted her … chalupas’ This woman apparently really wanted some Taco Bell.

Dems belatedly air their dirty laundry Too little, too late?

UN study projects $32 billion loss for UK post no-deal Brexit The United Kingdom (UK) risks losing up to 14 per cent of its exports to the European Union (EU) in a so-called “no-deal” Brexit, according to a new study by the UN Conference on Trade, Investment and Development (UNCTAD).