If US economic statistics included people in prisons, the black-white financial gaps would look much worse.
quartz - 2 hours ago

At least six people were injured after a car drove onto the terrace of an outdoor cafe in the Netherlands, one has been rushed to the hospital. The driver of the vehicle, which was badly damaged, is now in custody.
rt - 3 hours ago

The top floor of one of the city's active sanitation garages houses a very large and highly curated collection, assembled by ex-garbage man Nelson Molina.
vice - 3 hours ago

America’s “structural racism” and “glaring inequalities” are at the heart of the massive protests that have gripped the US, the UN’s human rights chief said, adding that it is high time for “far-reaching reforms.”
rt - 3 hours ago

Korean pop-music fans have hijacked hashtags such as #BlueLivesMatter and #MAGA in response to the growing unrest in the United States.
rt - 5 hours ago

CEOs are finally talking about racism. Will it change anything?

What happens when the protests subside, and the world isn't watching as closely?
quartz - 5 hours ago

A quick guide to unemployment rates, by race, in major US cities

They might be almost 4,000 miles apart, but the feelings of anger, alienation and inequality being felt in Minneapolis are being echoed on the streets of Manchester.
channel 4 - 6 hours ago

Senator says three ex-officers to be charged in Floyd case

Minnesota Senator Amy Klobuchar has said the state's attorney general will bring an elevated charge of second-degree murder against one former police officer over the killing of George Floyd.
channel 4 - 6 hours ago

The UN is warning that the international community is in a race against time to save Yemen, ravaged by years of man-made famine and war, now also seeing some of the highest mortality rates because of Covid-19.
channel 4 - 6 hours ago

The NHS test and trace chief, Baroness Dido Harding, has been giving evidence to MPs on the Commons Health Select Committee today.
channel 4 - 6 hours ago

There's been mounting opposition from MPs and the airline industry to the government's plans to quarantine travellers to the UK.
channel 4 - 6 hours ago

The government needs to get a grip on the coronavirus crisis, Sir Keir Starmer has warned, as he clashed with Boris Johnson at Prime Minister’s Questions over testing, statistics and public trust. Challenged over his claims of a “world-beating” test and trace programme, Mr Johnson promised results would be turned around within 24 hours by…
channel 4 - 6 hours ago

All 4 Officers Who Arrested George Floyd Are Getting Charged

And Derek Chauvin is set to be charged with second-degree murder.
vice - 7 hours ago

Thousands of people have marched through central London as a show of solidarity with the Black Lives Matter movement.
channel 4 - 7 hours ago

The lawyer for George Floyd's family has called for all of the police officers who were present at his killing to be charged.
channel 4 - 7 hours ago

As the COVID-19 pandemic unfolds, scientists are rushing to carry out and publish research which will help us understand how the virus works, and how the disease it causes can be treated.
channel 4 - 7 hours ago

Researchers have successfully tested potentially revolutionary technology which could spell the beginning of an organ-donor-free future – after they successfully grew and transplanted miniature human livers… into rats.
rt - 7 hours ago

The World Health Organization has said that clinical trials involving the controversial drug hydroxychloroquine will resume, following doubts about US research which had led to their suspension.
rt - 7 hours ago
LOAD MORE NEWS 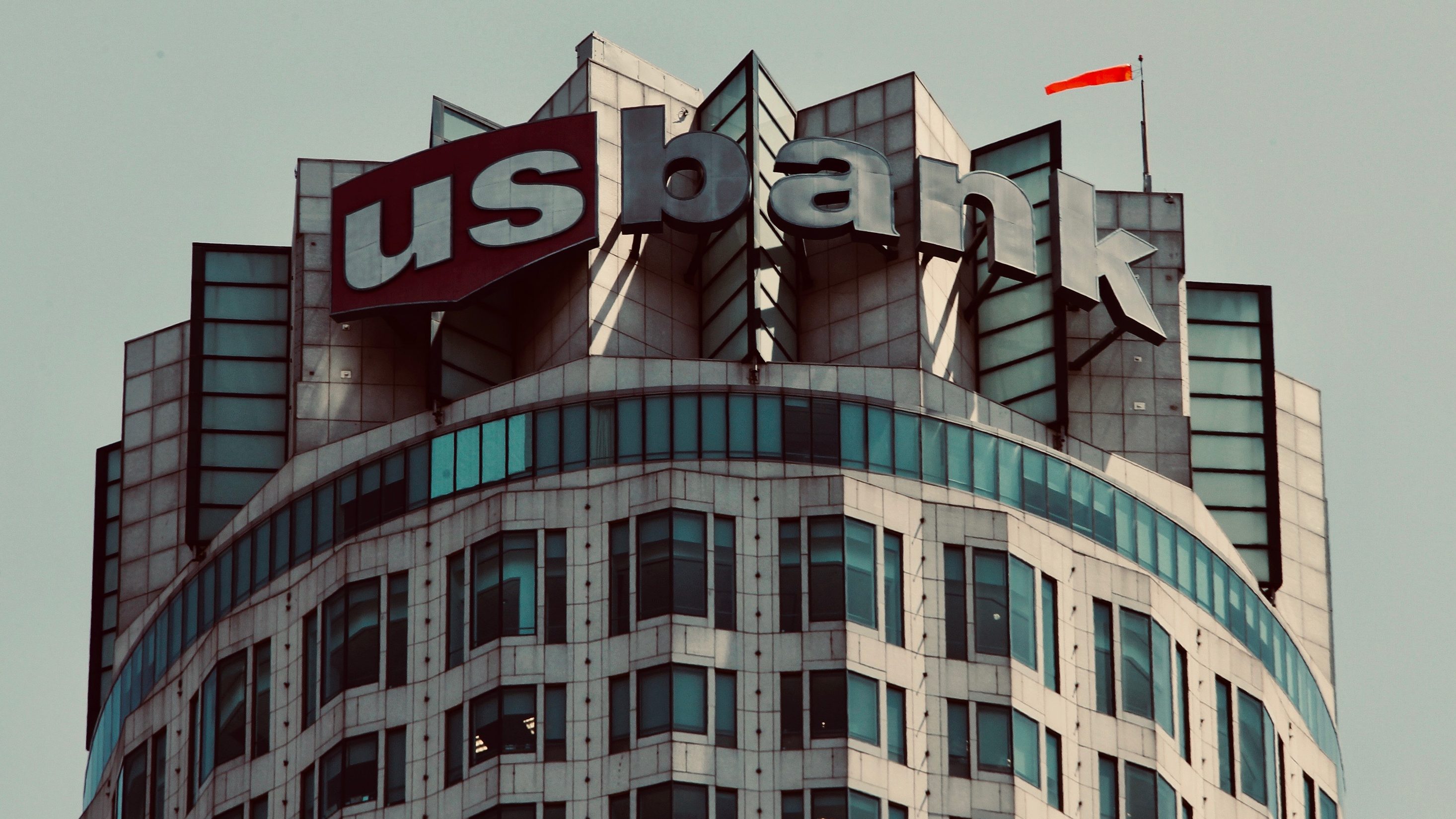 If you’re paying into a retirement fundor just wish you wereyou might think that its managers invest wisely, listen to advisers, and follow the law. And you’d probably expect that the fund managers would face the consequences if they’re shifty and put your benefits at risk.

But it ain’t necessarily so. Or so said counsel for US Bancorp (USB) on Jan. 13 at the Supreme Court, where justices heard oral arguments in a case that pits the bank against beneficiaries of its retirement fund.

The beneficiaries sued for $748 million to restore their pension fund after discovering that, in 2008, managers mishandled money, violating the Employee Retirement Income Security Act (ERISA) and leaving their plan underfunded. Managers ignored investment guidance. They lost $1.1 billion after plowing nearly half of the assets into Bancorp’s own mutual fundswhich is self-dealing and illegaland all fund assets into high-risk equities.

But the bank’s lawyer urged the Supreme Court to find the beneficiaries can’t sue.

USB argued that the pensioners have no standing because they didn’t suffer any actual injury. No income was lost. The bank said that because it contributed nearly $400 million to restore the plan to its previous overfunded status, there’s no more risk.

Counsel also noted that his client is particularly well-funded. Thus, there’s no concern about the plan ever really failing to fulfill financial obligations to pensioners. However, the suggestion that a financial institution could still be considered too big to fail seemed to cause the even-tempered chief justice John Roberts to bristle a bit. “Well, we’ve had in the not too far off past,” Roberts interjected, interrupting the attorney’s arguments. “There have been situations where people were surprised by some of the companies that turned out not to have enough money to go forward.”

Roberts asked USB’s lawyer a hypothetical question. “[L]et’s say that the person running the trust…loses $100 million in the first month and 100 in the second and 100 in the third, and although there is no significant harm to the beneficiaries in the terms that you’ve discussed, they look and say: Well, this guy is going to continue to lose a lot of money…[C]an they bring a suit in that case?”

Counsel conceded that this would be an actionable injury but only under certain circumstances. “If they could show he’s going to continue to lose a lot of money and it will result in an impairment of their only interest, which is the stream of payments from the pension plan, then yes.”

The chief justice and his colleagues were considering just how problematic a fund must be in order for its beneficiaries to be able to intercede. After all, it’s the trustees who are meant to represent the beneficiaries. When they betray the trust that is built in their name, surely there must be some recourse for beneficiaries?

The justices must decide whether an Eighth Circuit Court of Appeals decision is right. The circuit court found that beneficiaries couldn’t sue because they had no injury once USB refunded the pension plan (albeit not in full). Based on statements made at the Jan.13 hearing, the justices could well reverse the lower court.

The trouble with this case

Justice Sonia Sotomayor in particular sounded baffled by the fact that the bank was claiming the pensioners had no “property” or “representational” interest in the fund.

The beneficiaries lost no money but plan managers mishandled their commonly-held assets. This suffices for standing. The injury, Sotomayor said, is the trustees’ failure to uphold the fund’s financial integrity. Moreover, managers substantially invested the pension plan’s assets in USB products contrary to ERISA. And they didn’t even refund the full amount lost to the fund in the end!

“So I guess what I’m having trouble with in this case is that they’re right,” she told the bank’s attorney in reference to the beneficiaries. “Whether they have a property interest or they have a representational interest, they still have standing.”

USB’s position basically amounts to “no harm, no foul.”

Its lawyer argued that the structure of the defined benefits plan is at issue here. The pensioners are promised a specific payout upon retirement, a defined revenue stream rather than an interest in the whole fund. Therefore, the pensioners can only sue if they lose some of that defined revenue. Losses to the fund don’t count.

But Brett Kavanaugh rejected the bank’s contention that the specific structure of this pension plan was relevant. He suggested all the beneficiaries needed to do to be able to sue under USB’s theory was to “allege a sufficiently increased risk of harm that [their] benefits won’t be paid.”

How much risk is enough, Kavanaugh asked, hinting at the fact that he didn’t think this was quite the right measure. “What do you have to allege? Well, [the plan] is underfunded…and the company may go belly up and, therefore, that’s enough. That’s just going to be a whole mess, isn’t it?”

Of course, the tough questions for Bancorp are not a guarantee that the beneficiaries will emerge victorious. Kavanaugh also kept returning to the fact that pension plan is insured by the federal government, suggesting this mitigates the alleged risk of future harm.

And it’s fair to say the pensioners have already lost something precious, whatever happens in this case. That is, the ability to believe in people they entrusted with their common wealth.

But if the hearing was any indication, the justices feel the pensioners’ pains and may yet force Bancorp to feel them too. They’ll issue a decision by late June.

LA County charges more than 60 for looting, other crimes during unrest LA county courts have a busy week ahead of them after a series of arrests during the protests.

George Floyd unrest: Police out in force in major cities to tamp down on riots as curfews take effect Police were out in force Wednesday evening in cities across the country to enforce curfews that were seen as helping reduce late-night rioting Tuesday, and officials are hoping for a calmer evening amid the ongoing George Floyd protests.

NYC councilman suggests president should revoke benefits of people arrested for looting Some believe that more extreme punishments can bring a swift end to the spike in looting.

'Boogaloo' suspects accused of trying to 'incite violence' at George Floyd protest in Vegas, feds say Three Nevada men with suspected ties to the so-called “boogaloo” movement were arrested in Las Vegas Saturday for allegedly planning to “incite violence” at a protest sparked by the death of George Floyd, federal prosecutors said.

President expresses ‘greatest heartbreak’ at clashes with protesters in US Response should be to eliminate racism and inequality everywhere, Higgins says

Herschel Walker: 'It’s time for us to come together' Former NFL running back Herschel Walker said that he was disappointed on Tuesday with politicians for “sitting on the sidelines doing absolutely nothing” until President Trump tried to reestablish law and order the following days of protests in Washington, D.C., Atlanta and other cities across the country.

Detroit man fraudulently applied for PPP aid, used it to buy Cadillacs, Dodge Charger and Hummer: DOJ In an alleged Motor City money grab, a local man is accused of swiping funds from the federal Payroll Protection Program (PPP) -- which is meant to help keep small businesses afloat amid the coronavirus shutdowns -- to buy two Cadillacs, a Dodge Charger and a Hummer, according to federal prosecutors.

Missouri AG says all St. Louis those arrested for looting, rioting have been released: 'Stunning development' Missouri Attorney General Eric Schmitt lashed out at a St. Louis' chief prosecutor over the release of suspected rioters and looters arrested over several days of violent protests that have seen four police officers shot and a retired police captain killed.